TOWARDS EQUALITY: In the U.K., period products no longer classed as ‘luxury, non-essential items’ 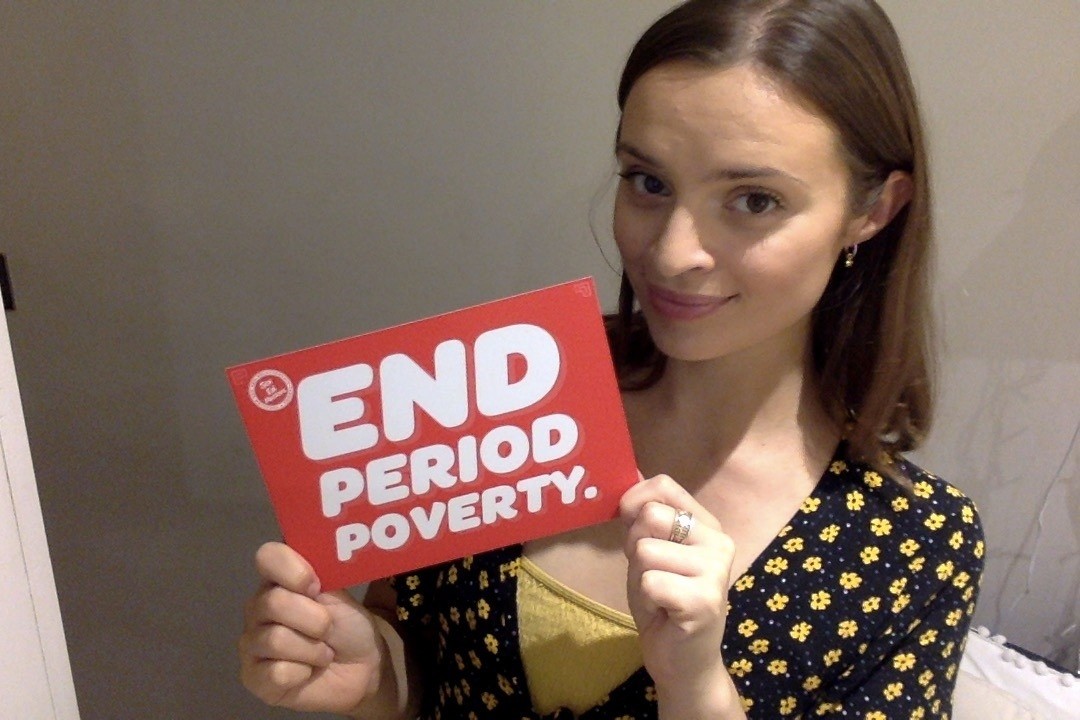 The United Kingdom stopped taxing period products from 2021 but campaigners think there is further to go to eradicate period poverty and taboos around menstruation.

“I thought, ‘I’m just going to go on a contraceptive pill to stop periods,’ as I couldn’t afford products,” Eleanor Covell says. “At the time I thought it was a great idea. But I had weird cramps and my weight was up and down all the time.”

Ms. Covell, who lives in the U.K., suffered period poverty when she was younger but never discussed it with anyone due to feeling “mortified” by not being able to afford tampons and pads.

“I left home at 16,” the now 32-year-old recalls. “I fell through the cracks of the benefits system because I was at school. I worked in the fast-food chain Subway and got 30 pounds (4,580 yen, or $42.50) a week from the government’s now-scrapped educational maintenance allowance (EMA). This had to cover everything--bills, rent, food and travel, education and books.”

Ms. Covell, who now works in a managerial role at a charity, said periods were just not something that were talked about back then and were instead cloaked by shame and stigma.

“If I went anywhere with period products, I would just stash them," she adds. "I’d take a couple from a friend’s house."

But Covell argues conversations about periods have come on leaps and bounds in recent years, noting the decision to scrap the so-called tampon tax in the U.K. at the beginning of this year would have profoundly helped her back then.

From New Year’s Day 2021 onward, period products in the U.K. were no longer classed as “luxury, non-essential items” and taxed at 5 percent.

“It would have made it massively more affordable for me,” she adds. “All the advocacy work done around talking about periods and just using the word means it is more normalized. Organizations put something women have to do every month on the political map.”

Activists, who have been campaigning to overhaul the tampon tax for years, said the change signals an end to a “sexist” taxation policy which has been in place in the country since 1973. British Chancellor of the Exchequer Rishi Sunak promised to ax the tampon tax in the March 2020 budget--with VAT (Value Added Tax) on sanitary products now cut to zero.

Laura Coryton, who started a campaign called Stop Taxing Periods in May 2014 while studying at Goldsmiths University of London, said she launched the petition when periods were not on the political agenda and were even more “shrouded” by taboo.

The 27-year-old, who lives in London, added: “There is a really great sense of relief that the tampon tax has been abolished. The government has been saying they will ax it for so many years.”

“When I found out about the tampon tax, I didn’t know anything about taxation. At that point, I looked into it. I realized other items escaped tax altogether due to being deemed essential--things like maintaining our private helicopters and eating alcoholic sugar jellies,” she said.

“Yet, period products were considered a luxury. This change is about so much more than a drop in period products and prices. While of course, that is really important as poverty is increasing during the crisis, it is also about acknowledging issues we deem to be women’s issues are about all of society. We are ending a sexist policy.”

Coryton said the change may seem “small,” but it sends a “strong message” to society, adding that period products were taxed at 17.5 percent up until 2001.

“The tax shows a fundamental misunderstanding of the needs of so many people who have periods,” she said. “It reflects bad education on periods in school. Politicians, whether they are men or women, should understand these items are essential. Especially as a lack of access to them impacts girls’ education.”

The campaigner said scrapping the tax helps to tackle the taboo around periods which she deems to be a driving factor behind period poverty, as well as making a “monetary difference to the day-to-day lives” of those who struggle to afford period products.

“Back when I started the petition in 2014, no politician would even say the word period,” she adds. “Even in emails back to me, they wouldn’t talk about it, they would say ‘women’s hygiene.’ It is crazy how much it has come on since then. The tampon tax existed for so long because we were told we couldn’t talk about periods.”

She noted doing away with the tampon tax had made a particular difference to reusable products which are pricier to begin with.

But Coryton voiced surprise that England had not followed the lead of Scotland, which became the world’s first country to make period products free for everyone last November after a lengthy campaign.

“It is crazy we haven’t,” she reflects. “I think we will because Scotland does everything first. It is crazy not to. This scheme helps people in period poverty, helps to end period stigma, and helps to stop people get health complications, as a result of being forced to use tissues and socks.”

Research by charity Plan International found three in 10 girls in the U.K. have struggled to afford or access period products during the Covid-19 public health emergency, with over half of them having to resort to toilet paper instead of proper products. One in five said their periods have been more difficult to cope with due to not having enough toilet roll.