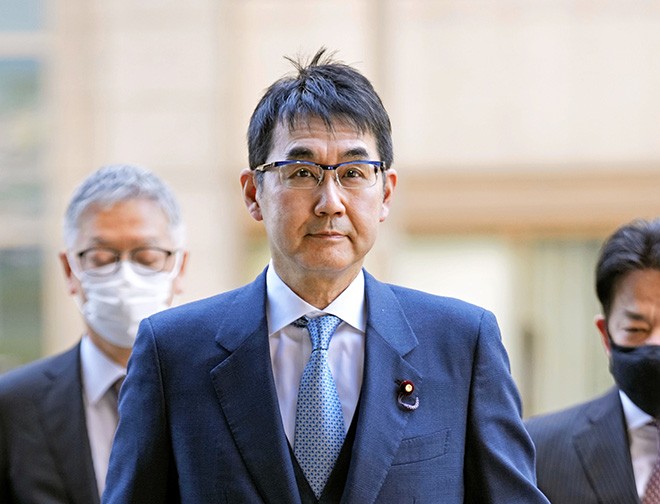 Former Justice Minister Katsuyuki Kawai on June 18 was sentenced to three years in prison for buying votes for his wife in the July 2019 Upper House election.

The Tokyo District Court handed down the prison sentence and slapped Kawai with an additional 1.3 million yen ($11,800) fine.

Prosecutors had sought a four-year prison term and a fine of 1.5 million yen, stating that Kawai’s vote-buying “was on such a large scale and unparalleled in history.”

Kawai, 58, was indicted on charges of violating the Public Offices Election Law along with his wife, Anri, 47, who won her first term in the 2019 Upper House election, representing a Hiroshima constituency.

He was accused of handing out about 29 million yen in total to 100 people, including Hiroshima prefectural assembly members, local officials and mayors, as well as campaign staff members and supporters.

Kawai initially proclaimed his innocence. But he admitted to most of the allegations in March this year.

Kawai resigned as a Diet member and pledged in court to never run for office again. He served as a Lower House member for seven terms.

Kawai was appointed as justice minister by then Prime Minister Shinzo Abe in September 2019, but he stepped down after about a month because of the scandal.

The Tokyo District Court in January gave Anri a 16-month jail sentence, suspended for five years. She resigned from the Upper House in February.