EDITORIAL: Restoring trust in politics key now that Kawai is behind bars 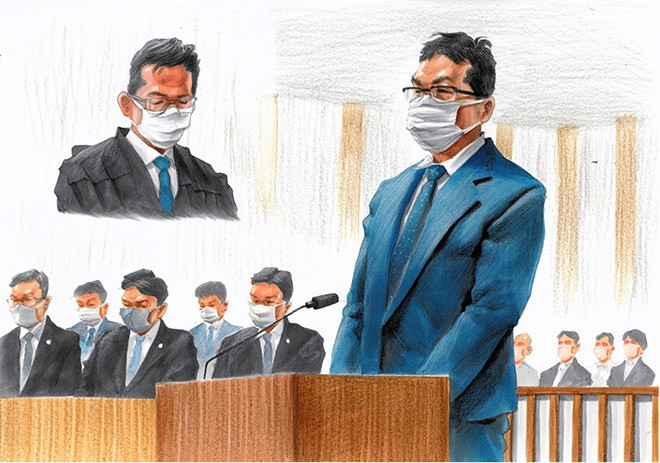 Former Justice Minister Katsuyuki Kawai fully deserves the prison sentence he was handed June 18, given that he destroyed the credibility of the electoral system, the foundation of democracy, while serving in the Diet.

Kawai was given a three-year term for violating the Public Offices Election Law by buying votes for his wife when she ran for the July 2019 Upper House election. The Tokyo District Court also slapped Kawai with a 1.3 million yen ($11,800) fine.

To help his wife, Anri, secure her first Upper House term, he handed out about 28.7 million yen in total to 100 people, including Hiroshima prefectural assembly members, local officials and mayors, according to the ruling.

The ruling also referred to his attempts to destroy evidence, including deleting a list of voters to be paid off from his computer.

In a separate trial, the Tokyo District Court in January gave Anri a 16-month jail sentence, suspended for five years. The sentence stands as neither she nor prosecutors appealed it.

Katsuyuki was indicted in July 2020, but pleaded not guilty initially. However, he did an about-face in court in March and pleaded guilty to most of the allegations. More than 50 witnesses, including local assembly members, were called to testify at his trial.

The court hearings, held over nearly a year, vividly shed light on how he handed cash to recipients and other details. The trial opened our eyes to the disturbing reality that vote-buying is not a thing of the past.

As Asahi Shimbun editorials have repeatedly pointed out, the couple’s convictions should not be seen as marking an end to the scandal. Many important questions remain unanswered, including whether and how the ruling Liberal Democratic Party was involved.

In hopes of capturing two Upper House seats contested in the Hiroshima Prefecture electoral district at the time, the LDP fielded Anri Kawai as its second candidate under the initiative of Prime Minister Shinzo Abe and his chief Cabinet secretary, Yoshihide Suga.

The party provided unusually generous financial support of 150 million yen to her campaign. Of that amount, 120 million yen came from state coffers under a program to provide subsidies to political parties.

Kawai has claimed that the money he used to buy votes came from his personal funds. But he has provided no documents to support his claims. The question of where the money came from was not clarified during his trial.

Now that the main chapter of the scandal has reached its end, the LDP should explain key facts to the public, instead of leaving the task to the couple. The ruling party has a duty to disclose at least why it decided to throw so much financial support to her campaign and how the money was actually used.

The party should also address the issue of responsibility for picking Kawai as justice minister immediately after the Upper House election. Abe, who admitted that responsibility for the appointment lay with him but did nothing, should now explain to the public what he thinks about the scandal.

No criminal charges have so far been brought against any of the local assembly members and local government chiefs who received money from Kawai. Prosecutors have not even decided whether or not to indict them.

The court ruling argued that this fact does not invalidate the indictment against Kawai. But many voters in the prefecture must be feeling that more should be done with regard to the recipients. We need to keep monitoring actions by prosecutors concerning this matter.

The prefectural and municipal assemblies concerned also have more work to do. Unless they make their own efforts to uncover the truth about the scandal and take actions to hold those involved responsible, public distrust of politics will remain.