TOWARDS EQUALITY: In Morocco, Machi Rojola stands for inclusive masculinity 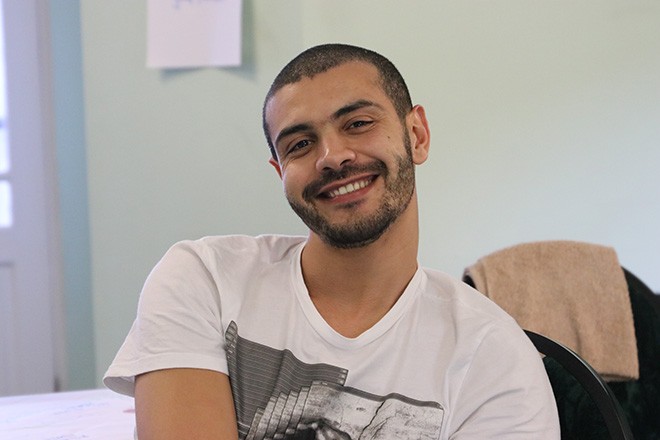 A new Moroccan podcast highlights the harmful effects of some traditional ideals of masculine behavior. Its creators are calling for men to be part of the solution to reach gender equality.

Toxic masculinity versus positive masculinity--or how to rethink masculinity in a patriarchal society such as Morocco's. That is the ambitious goal of the Machi Rojola podcast, launched by the Moroccan collective Elille in November 2020.

The aim is not to demonize men, according to its creators, but rather to highlight the harmful and socially destructive effects of some traditional ideals of male behaviors, such as violent domination, misogyny, self-sufficiency and competition.

The collective was born in the midst of the recent lockdowns, during a health and social crisis that has accentuated the vulnerability of women and minorities.

It gathers a dozen men and women who want to reconsider the position of men in our society, and also to offer a platform for minority groups (LGBTs, the elderly and those with disabilities).

If its first action was the podcast, the collective now plans to launch an online platform in July, to promote both debate and academic and cultural-related content through podcasts, photography, videos and writing.

“While the exceptional circumstances due to COVID-19 are exposing and exacerbating the mechanisms of violence toward women and minority groups, we consider the situation to be prior to the crisis,” says Soufiane Hennani, co-founder of the collective and creator of the podcast series. “Different forms of violence are deeply rooted in our patriarchal societies. They are the result of men’s behavior, who are mostly responsible for the situation. It seems important to us that they become also a part of the solution.”

The proclaimed goal is to rally men through constructive debate to advocate gender equality (if they are not already doing so), by promoting new masculinities.

IS TOMORROW’S MAN A FEMINIST?

Machi Rojola is a popular expression meaning “it’s not masculine” in Moroccan Arabic, which implies that someone is “not a man,” often used to point out a lack of bravery, honor and strength--all attributes commonly associated with manhood.

The platform’s goal is to “reclaim this expression and advocate a plural and inclusive masculinity, instead of an exclusive and toxic one,” says Hennani, who is in his thirties and freshly graduated with a Ph.D. in oncology and molecular biology.

“Biology is my area of expertise, while my interest in human rights is my commitment as a citizen and humanist. It started when I was with Amnesty International and continued with Ellile, which can mean ‘night’ in Arabic, but mostly is a contraction or a pun around the pronouns ‘she’ and ‘him’ (in French),” he explains.

Is masculinity necessarily toxic? How can women’s representation be improved in the arts? Is tomorrow’s man a feminist? What place do masculinities hold in Islam? Can we liberate men’s speech? What place can multiple sexual and gender identities have in our societies?

These are the types of questions answered by the podcast’s guests, such as writers Asma Lamrabet and Abdellah Taia, intersectional researcher Francoise Verges, actor Faycal Azizi and director Hicham El Asry.

Each guest’s interventions are punctuated with personal testimonies of concerned individuals and regular citizens.

The first season of the podcast, comprising eight episodes lasting 45 minutes each, was broadcasted on social media and audio streaming platforms such as Spotify, Anchor and Soundcloud. Essentially in Darija (Moroccan Arabic), the series has been streamed nearly 60 000 times since its launch and generated much excitement among young people.

“Support from young people has been one of the most positive aspects of the project,” Hennani says.

Indeed, the vast majority of the streams are attributed to those in the 18-35 age bracket (more than 80 percent). As for gender distribution, 54 percent of the audience identifies as female, 40 percent as male and 13 percent do not give a definition or define themselves as "non-binary."

This bold and innovative initiative can take pride in creating a new debate about masculinities among young people, and even within families.

“The interventions of both Fatna El Bouih (an activist and former political prisoner) and Asma Lamrabet (an essayist and Muslim feminist) really moved me, and allowed my brother, my father and I to have interesting conversations regarding the prophet’s attitude toward women and each of our roles within the family,” wrote 21-year-old Hajar on Machi Rojola’s Facebook page.

The project has been widely covered and praised in both national and international media.

It has featured several times during prime-time shows on Moroccan national television, some of which reached 3 million viewers, as well as on major public and private radio stations and most print and online media nationwide.

Internationally, several media outlets have covered the story as well, but Hennani believes that what matters most are the multiple debates in high schools, colleges and universities he has been invited to, in cities like Casablanca, Rabat or Tanger, in addition to several online webinars and conferences he has attended.

“Among most young people, I have noticed a constant questioning with a desire for emancipation and a will to redistribute the cards within the conservative societies. Questions of equality between men and women, religion, diversity in public spaces and even respect for traditions are approached with much more common sense than among their elders. That gives me hope,” Hennani adds.