TOWARDS EQUALITY: How Afghan women conquer 27% share in parliament after decades of war 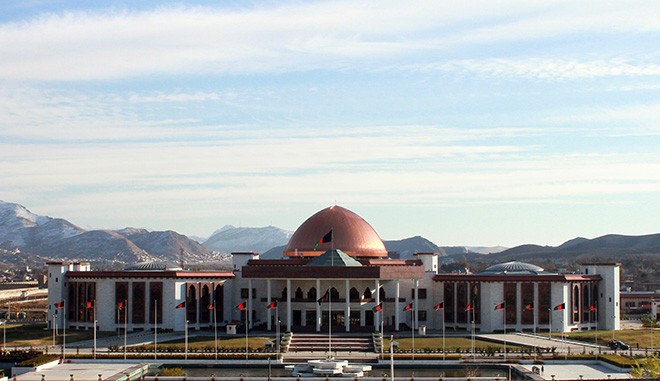 Women’s rights in Afghanistan have been anything but stable during the past 50 years, but amid a two-decade civil war they still managed to turn the tide back to a more equitable society and gain control of a 27-percent share of parliamentary seats.

This achievement did not come without considerable challenges.

Women were allowed to participate in Afghanistan's parliament for the first time five decades ago during what is often referred to as the “decade of democracy” that began in 1964 during the reign of Mohammad Zahir Shah and laid the foundations for modern rule in Afghanistan.

Among the king’s 216 members of parliament, only four were women, but the country’s prospects on gender equality and freedoms in general were promising.

However, a peaceful coup staged 10 years later by Zahir Shah’s cousin, Mohammed Daoud Khan, and the following and bloodier Sowr revolution, also called the April Coup, carried out by the People's Democratic Party of Afghanistan in 1978 brought that promise--alongside the parliamentary monarchy--to an abrupt end.

For 15 years or so, the doors of parliament were closed to everyone. During successive governments, amid cultural and religious unrest, civil war and Taliban rule, they would remain closed, but only for women.

It wasn’t until after the fall of the Taliban regime in 2001 that an agreement was signed at the Bonn Conference to entrust the draft of a new Constitution--the country's eighth--to the Afghan Constitutional Commission, which had 35 members.

Article 22 of the draft stated that both men and women had equal rights and responsibilities under the law. It was intended to guarantee the rights of Afghan women that had been denied by the Taliban regime, which had often deprived them of access to basic health care and education.

Mohammad Ashraf Rasoli, now senior adviser to the minister of justice, was a member of the commission. He recalls the heated debate around Article 22 during the Constitution’s draft revision in Parliament.

"It created a lot of controversy because there are different interpretations of Islam in this regard," he says. The debate lasted several days. "Finally, it was decided that the citizens of Afghanistan, both men and women, have basic rights and duties before the law. Women should have equal rights under the law because they are human beings.”

The new Constitution that took effect in 2005 also included a quota of parliamentary seats for women, in both the Lower House and the Senate.

"There was a lot of debate on this issue," Rasoli said. "Everyone felt that, because women in our society had suffered so much, a certain share of seats should be reserved for them.”

The move helped Afghan women play a role in the oversight and legislative processes, and, to some extent, is paving the way for gender equality in the country.

Now, the law guarantees women two seats for each province in the Lower House--which represents a 27-percent share of the total seats--or one if the province only counts for two or three seats, says local legal expert Waheed Farzayi.

Regardless of this quota, which ensures a minimum female share, women could very well hold all the seats of a province, provided they win election with 73 percent or more of the votes. In the last parliamentary elections in 2018, some women received more votes than men.

Women currently hold 69 of the 249 seats in the Lower House, a 27.7 percent share. Of the 102 seats in the Senate, 34 are appointed by the country’s president and 50 percent of those are reserved for women.

However, some people believe that without these quotas only a handful of women would run for parliament, due to the conservative nature of Afghan society and a lack of awareness among women of their rights.

"Special seats have both pros and cons," says parliamentary member Shinkai Karukhil. “The benefit is that it’s an opportunity for women to participate in politics and gain experience. The disadvantage is that since it's guaranteed, the women who compete may not be able to represent women’s rights activists and may not feel responsible for women's rights.”

A number of women’s rights activists also believe that, while giving women a special place in parliament is one of the greatest achievements for Afghan women in the last two decades, there are still many challenges to ensure gender parity and proper representation.

"Unfortunately, there are still issues around voting for female candidates,” says Mari Akrami, head of the Afghan Women's Network. “And the fact that not many people vote for women has an impact on women’s rights all over the country."

She fears that rights that took decades to be gained, such as the 27 percent share in parliament, might now be threatened by current peace negotiations between the Afghan government and the Taliban.