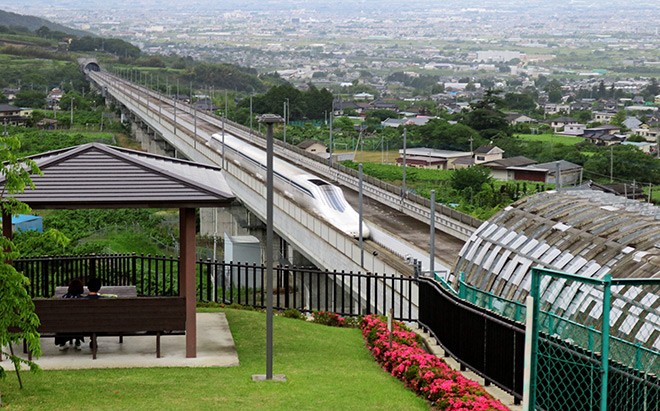 SHIZUOKA--The governor of Shizuoka Prefecture won a fourth term in office June 20, throwing into doubt plans for early completion of a massively costly super-fast rail project that has been years in the making.

Voter turnout was 52.93 percent, compared with 46.44 percent in the previous election.

Kawakatsu, 72, has consistently expressed concerns that tunneling for the project will sap the flow of the Oigawa river.

His opposition to the project has held up construction on the segment running through his prefecture.

Kawakatsu raised fears that tunnel construction could cause water levels in the Oigawa river to drop significantly and negatively impact residents' lives.

“We need to stop and think about this,” he said.

Iwai, 53, with support from the LDP in the election, proposed holding round-table meetings with local residents, JR Tokai and other stakeholders, on the condition the merits of the project have the understanding of residents.

He framed his campaign on his achievements during the 12 years he had been in office, handily defeating the ruling party's candidate.

Iwai was fielded by the LDP prefectural chapter that has repeatedly criticized Kawakatsu’s handling of prefectural administrative matters.

Iwai was the first candidate to obtain the endorsement from the ruling party headquarters in the 12 years since Kawakatsu first took office.

The LDP’s junior coalition partner Komeito allowed its supporters to freely choose which candidate to back, which affected the election outcome.