Olympians can drink, but only in their room and alone 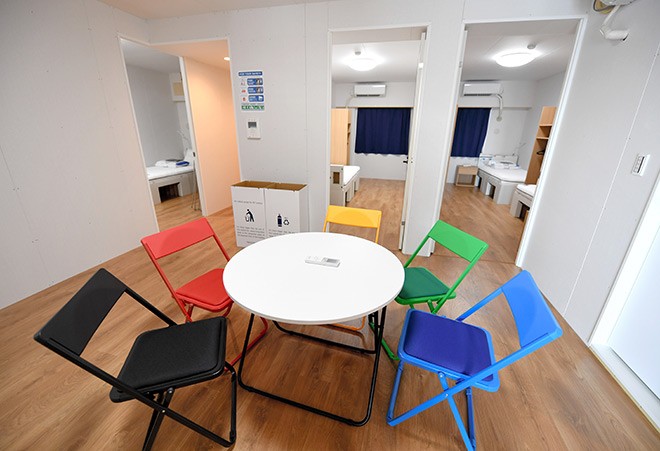 Athletes and other residents of the Olympic Village will be permitted to drink alcohol in their rooms, but only if they are alone, Olympic organizers decreed June 20.

Residents will be barred from drinking in public venues, any shared space or holding parties in the Olympic Village as a precaution against COVID-19, committee members said.

The alcohol policy was announced when officials gave media representatives a tour of the village in Tokyo's Harumi waterfront district earlier in the day.

The committee said it is considering slapping penalties on anybody who does not follow the rules and drinks in public and or in a group.

“We will deal with any breach of the rule in line with responses to violations of precautions against infectious diseases spelled out in the Tokyo 2020 Playbooks,” said a member of the committee.

The practice of distributing condoms at the Olympic Village began in 1988, when the Seoul Olympics was held, as part of efforts to educate athletes and staff about the importance of protecting themselves from HIV and AIDS, according to the committee.

Condoms were made available at the Olympic Village at each Olympics until the 2016 when the Games were held in Rio de Janeiro.

Tokyo organizers decided to scrap the practice due to the global health crisis and instead hand them out to athletes and staff through delegation officials when they return to their home countries.

Organizers said about 150,000 condoms will be prepared, roughly the same amount as in the 2012 London Olympics.

“We need to clearly convey the purpose of making condoms available prior to handing them out before they all return home,” said a committee official, noting that athletes can sway the public with what they say and do.