Exhausted Koike hospitalized, to take break from work this week 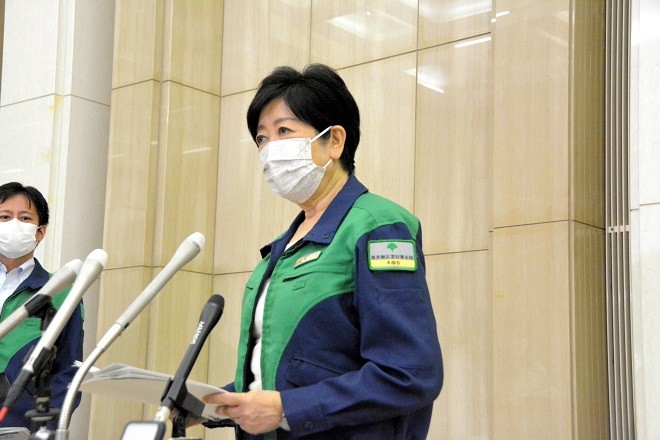 Tokyo Governor Yuriko Koike was hospitalized for fatigue on June 22 and will take time off work to recuperate, Tokyo metropolitan government officials said.

Koike, 68, has had an extremely busy schedule, preparing for the Tokyo Olympics and Paralympics, leading anti-COVID-19 efforts in the capital and gearing up for the Tokyo assembly election campaign that will kick off on June 25.

Tokyo Vice Governor Mitsuchika Tarao will take over the governor’s duties this week, according to sources.

Koike had a meeting with Prime Minister Yoshihide Suga on June 19.

On June 21, she joined discussions on the Tokyo Games with officials of the four other organizing bodies, including the central government and the Tokyo Olympic organizing committee.

But when Koike attended a meeting at the metropolitan government office on June 22, she said, “My voice has become hoarse.”

She canceled her appearance on a BS Fuji television news program that had been scheduled for the evening that day.