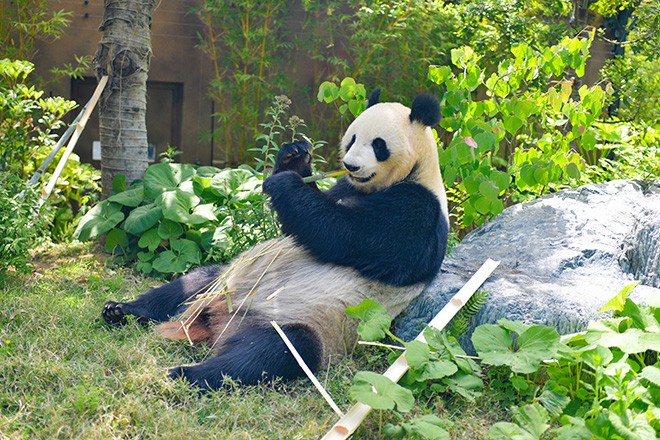 Popular giant panda Shin Shin is a mother again, this time giving birth to twins at the Ueno Zoological Gardens in Tokyo, her first delivery in four years.

The Tokyo metropolitan government, which operates the zoo in the capital's Taito Ward, made the announcement on June 23 to a populace enchanted by pandas, which draw long lines at zoos.

“It’s the first time that twin panda cubs were born at our zoo,” Yutaka Fukuda, head of the zoo, said at a news conference that day. “Please watch over their growth warmly.”

One of the twins was born at 1:03 a.m. on June 23 and the other at 2:32 a.m., according to the metropolitan government. One weighs 124 grams, while the weight of the other is unknown, officials said.

The zoo has yet to identify the gender of the newborns.

Shin Shin held one of the twins in her right front paw, while the other was kept in an incubator as of 9:30 a.m. Both mother and cubs are reportedly in good health.

Shin Shin began eating less around May 23 and has consumed only a quarter of the amount she usually takes in since May 31. She also began sleeping 20 hours a day around June 2, twice the length of her usual sleep time.

The zoo suspended the public display of Shin Shin after she showed those signs of pregnancy.