Prize-winning activist warns world has ‘no time to lose’ 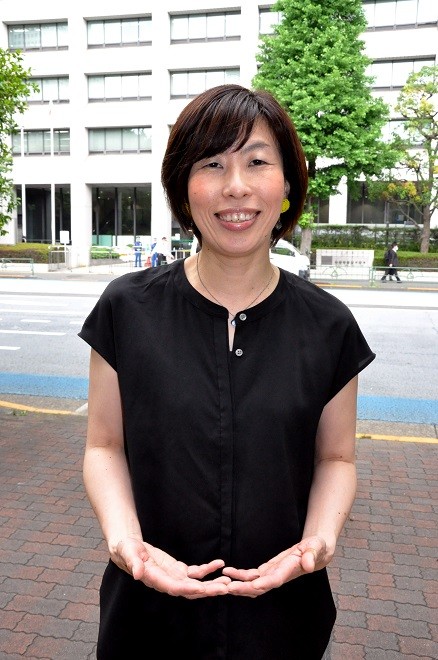 Activist Kimiko Hirata is still reeling from becoming the first Japanese woman to clinch the Goldman Environmental Prize, widely regarded as equivalent to the Nobel Prize, for her efforts to wean Japan off coal-fired power generation.

Hirata, 50, said modestly that she didn’t feel she merited such attention, but was hugely pleased that her work in environmental protection had shed light on the activities of Japanese nongovernmental organizations.

“That is what I am best pleased about.”

Hirata got interested in international issues when she took a college class given by Masako Hoshino, a pioneering activist working at an NGO.

Alarmed by the thought that “Mankind is driving the Earth crazy,” Hirata quit her job at a publishing company that puts out academic works and joined an NGO in the United States. She was just 26 years old.

She returned to Japan to coincide with the third session of the Conference of Parties (COP3) in 1997 in Kyoto, where the Kyoto Protocol on ways to reduce the onset of global warming was adopted.

The tide changed after the March 2011 earthquake and tsunami disaster that triggered the Fukushima nuclear crisis.

It led the government to loosen regulations so long-held plans to introduce new coal power plants could proceed.

The public apparently accepted the change in policy because the source of energy was deemed as “better than nuclear power,” although not cleaner.

Hirata visited construction sites of coal power plants to stress the risks they posed to climate change and air pollution. She also explained that Japan is the only Group of Seven member that continues to build coal-fired thermal plants.

Her activity resulted in Japan frequently winning the “Fossil of the Day” satirical award presented to nations maintaining a passive stance toward steps to thwart global warming.

Hirata’s combined efforts at both local and global levels finally led to the retraction of plans to set up 17 of 50 coal power facilities. However, 33 plants are still operating or under construction.

“It can never be said we have obtained (a complete) victory,” Hirata said.

Last September, she embarked on a campaign to abolish all coal power stations by 2030 throughout Japan.

“We do not have much time,” she said. “But we will surely be able to change the flow.”