TOWARDS EQUALITY: In Spain, a network of activists, lawyers and midwives break the silence on obstetric violence 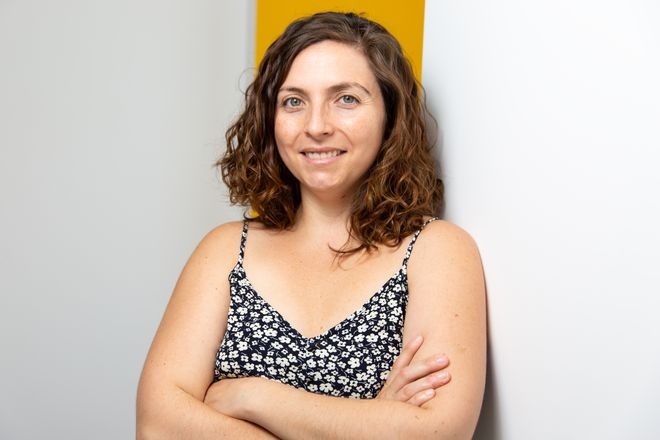 The Spanish government recently announced it will include the term "obstetric violence" in legislation as a form of gender violence--a step that comes after dozens of women pushed to spread awareness on the issue, to support those who have experienced it and to change hospital protocols.

They all thought it had only happened to them and they didn't know why. It was the feeling of a small group of Spanish women who, 20 years ago, set up an email chain to talk about the negative experiences they had experienced during pregnancy and childbirth.

Soon after, they started receiving more testimonies from women all over Spain, naming an untold yet systematic and global women’s issue--obstetric violence.

Their email group quickly reached 1,000 subscribers. Now it has become a pioneering Spanish association called "El Parto es Nuestro" (Childbirth is Ours), with local groups in more than 20 Spanish cities offering a space for women to support and listen to each other, as well as to get counselling.

Together with lawyers, midwives, activists and other groups, the association forges a nationwide network of initiatives, whose work has begun to bear legislative fruit in recent years.

Recently, the Spanish Ministry of Equality announced it will include obstetric violence in the law as a type of violence against women--a step welcomed by organizations that hope the move will serve to end this type of violence, which has physical and emotional consequences for both women and their babies.

The negative experiences women more often report, says Virginia Murialdo, an anthropologist and activist with El Parto es Nuestro, include unjustified and unconsented episiotomies (cutting of the skin, muscles, nerves and fascia surrounding the vagina) during childbirth, an excessive administration of drugs, a growing trend toward caesarean sections and the so-called Kristeller manoeuver--highly questioned by the World Health Organization (WHO)--which consists of applying pressure on the abdomen to push a baby into the birth canal.

Beyond these practices, "women also suffer humiliating and abusive attitudes and comments," says Ms. Murialdo, as well as "actions that do not respect their privacy," ranging from students being present without consent during vaginal examinations to the impossibility of choosing the birth position, to sexist comments meant to intimidate those who refuse the epidural.

These cases are not unusual. The United Nations described obstetric violence in 2019 as a "widespread phenomenon"--one the WHO considers to be "a violation of women's rights."

Yet women rarely speak about these experiences out loud, due to fear of stigma and shame, or because they downplay their importance. "Many have normalized what happened to them, so the first step is to break the silence and spread awareness," says Ms. Murialdo.

Having now specialized in obstetric violence for 18 years, Spanish lawyer Francisca Fernandez Guillen has even approached the United Nations to defend the cases of four Spanish women whose complaints had been dismissed by Spanish courts.

Since she first started working in this field, Guillen says she has seen "a good evolution," with important rulings that have served to pave the way to ending impunity for this type of violence.

"I am getting good rulings in the courts. Before it was much more difficult to get recognition, for instance, of the need to get informed consent from the patient to perform an episiotomy or to induce labor," she said.

However, some still resist to recognize, medically and judicially, the harm these practices cause to many women.

One of the four complaints the lawyer brought before the U.N. Commission on Human Rights in 2018 was the case of a woman (who wished to remain anonymous and we’ll name ‘S’) who gave birth in the Cruces Hospital in northern Spain's Basque country in 2012.

"She has behaved poorly," "She doesn't deserve the child," "I should take the child away from you, you have behaved very badly," were some of the comments S heard during childbirth from her midwife, who also performed a non-indicated episiotomy despite her refusal.

She hadn’t been allowed to drink anything since she was admitted to the hospital, and was forced to remain on her back without moving and alone at all times. Not even the baby’s father was allowed in the room. The episiotomy’s consequences later included urinary incontinence and "severe" repercussions on her sexual and the couple's relations.

In 2020, the U.N. Commission finally reprimanded Spain for the obstetric violence committed against one of Guillen’s clients.

In its resolution, the commission stated that the woman had been subjected to several practices, such as labor induction, "without apparent justification," and qualified the events as gender-based violence.

However, the introduction of obstetric violence in Spanish law will be for nothing, says the lawyer, unless there is a real commitment to comply with respectful childbirth protocols and regulations, which already advise against many of these practices and require women to be informed.

Many hospitals are already evolving.

Soledad Carregui, who has been a midwife for more than 20 years at La Plana University Hospital in the eastern Spanish province of Castellon, says much has changed since she first started working there thanks to a group of professionals who began questioning the "excessive medicalization" of childbirths and started looking into new practices that would humanize the experience, aligning it with new medical evidence.

"Many clinical practices were questioned on a scientific level, but because of the hospital's own routine they are difficult to change," she explains.

The hospital now has a childbirth protocol in which staff apply what they have learned.

"We encourage women's mobility while they dilate, ensure they give birth in the most comfortable position, allow them to eat, drink and be accompanied by whoever they want, avoid medication, oxytocin, episiotomies and labor induction when they are unnecessary, and we indicate caesarean-sections on a case-to-case basis."

In short, says Carregui, it is a matter of "not working on a whim or according to old and rigid protocols, but putting women and their needs first at the center. A humanized birth is absolutely compatible with a safe birth."