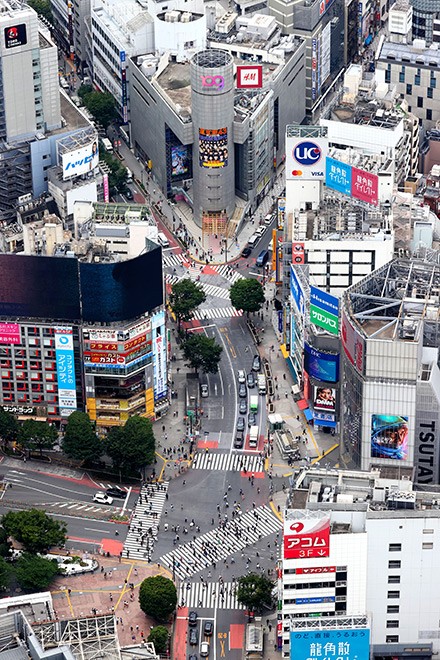 The Shibuya Crossing area in Tokyo on June 21, a day after the state of emergency ended (Tsubasa Setoguchi)

The number of new COVID-19 cases is trending downward around the nation--but not in Tokyo, which is scheduled to host the Summer Olympics in a month.

Newly confirmed infections of the novel coronavirus are “turning upward from staying flat” in Tokyo, the health ministry’s expert panel on the virus said at a meeting on June 23, three days after the COVID-19 state of emergency was lifted in the capital.

“The trend (in Tokyo) is already showing signs of a rebound,” health minister Norihisa Tamura warned.

According to the health ministry’s data, the number of new COVID-19 cases per 100,000 people for the latest week was 9.26 in Hokkaido, 19.36 in Yamanashi Prefecture, 7.39 in Osaka Prefecture, and 41.02 in Okinawa Prefecture, which remains under a state of emergency.

Although nighttime foot traffic in Tokyo’s downtown areas had been rising for five consecutive weeks since the end of the long holiday period in early May, the level decreased by 0.5 percent last week from the previous seven-day period.

However, daytime movement of people jumped by 2.4 percent week over week.

By June 21, 433 infections of L452R variants, including the Delta variant discovered in India, had been confirmed around Japan through PCR screening tests. The number doubled from 214 marked a week earlier.

Tokyo confirmed 619 new cases on June 23, topping 600 for the first time since May 28 and showing an increase of 118 from the figure a week earlier.

The number in Tokyo has been increasing for four straight days compared with week-earlier figures. The upward trend started on June 16.

(This article was written by Jun Tabushi and Keishi Nishimura.)