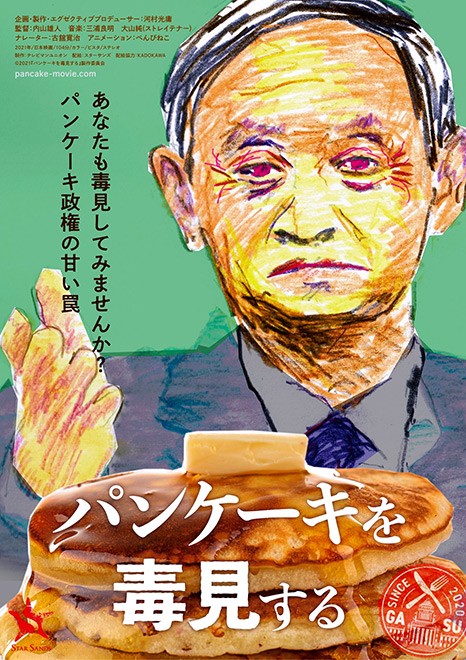 “I am very surprised that the (movie’s) official account was suddenly suspended,” Mitsunobu Kawamura, president of Star Sands Inc., said on June 24. “If it happened for a political reason, it is a serious problem.”

The movie, titled “Pancake o dokumi suru” (Tasting a pancake to make sure it isn’t poisonous), is set to be released on July 30.

Kawamura, who planned and produced the movie, said the suspension of the account started somewhere between the evening of June 23 and the wee hours of June 24.

Kawamura lodged a protest with Twitter. The suspension was lifted after 9 a.m. on June 25.

Kawamura said the account was opened just recently and it has only posted promotional tweets of the movie.

“I cannot overlook the suspension. I will demand an explanation from Twitter today,” he said.

But Kawamura said the account has followed Twitter's guidelines for tweets.

The movie is a variety show format that examines Suga’s political positions from various angles, such as how he responds to questions in a Diet session.

It features many lawmakers, including Shigeru Ishiba and Seiichiro Murakami of the ruling Liberal Democratic Party.

(This article was written by Momoko Jingu and senior staff writer Noriki Ishitobi.)