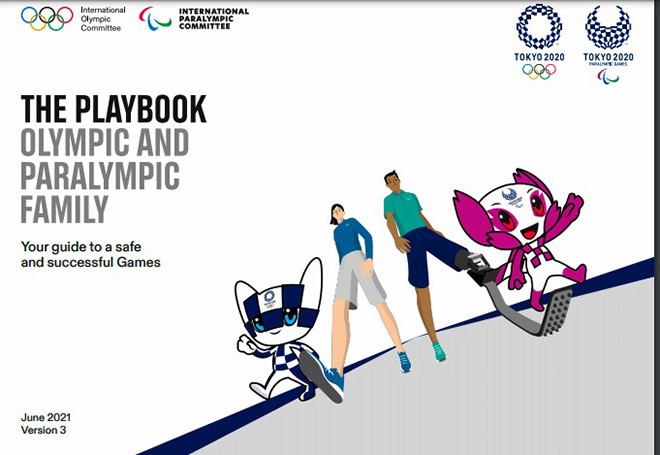 Opposition lawmakers blasted Olympic organizers’ so-called playbook on anti-COVID-19 measures for the sports extravaganza in Tokyo, warning that “special treatment” given to officials could cause cluster infections around the country.

The main opposition Constitutional Democratic Party of Japan called on the organizers to review their latest guidelines that allow Olympic officials and others visiting Japan to dine at restaurants with private rooms, even within 14 days of their arrival.

Takeshi Saiki, a CDP Lower House member, said at the party’s June 24 meeting on anti-virus measures that the guidelines completely contradict Prime Minister Yoshihide Suga’s previous remark in the Diet that measures will be taken to ensure athletes and staff attending the Games do not come into contact with members of the public.

“Cluster infections will occur at bars and restaurants around the country,” Saiki said. “Didn’t it occur to the organizers that staff at those establishments and Japanese customers who use bathrooms there may contract the virus?”

A government official involved in organizing the Games said the government understands that Olympic officials bumping into Japanese diners at such places is unavoidable.

The International Olympic Committee and the Tokyo Olympic and Paralympic organizing committee on June 15 released the third version of the playbook on proper behavior for people involved in the Games during the events.

It stipulates that the Olympic and Paralympic family, including IOC members, and media representatives can use convenience stores as well as eating and drinking establishments that have private rooms with anti-infection measures in place when room services and restaurants at their accommodation facilities are unavailable.

Toshiro Muto, the CEO of the organizing committee, told reporters on June 24 that those visiting Japan for the Olympics and Paralympics should dine at their hotel rooms, in principle, but they may not necessarily be able to do so.

Muto acknowledged that the CDP made a good point. He said the organizers will ask visitors to shop only at designated places and will think carefully about what measures can be taken to prevent infections.

(This article was written by Tsubasa Yokoyama and Yusuke Saito.)