EDITORIAL: Increase in the minimum wage now a pressing issue 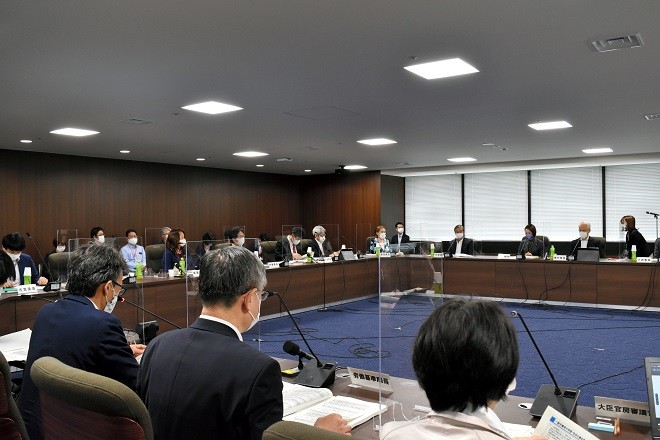 An advisory council to the labor ministry is discussing a possible change in the legal minimum wage for the current fiscal year. The council did not set a minimum wage target for the last fiscal year, which ended in March, due to the economic repercussions of the novel coronavirus pandemic, effectively allowing the rate to remain unchanged.

Many of those working for minimum wages or a rate close to the pay floor are supporting services essential for people’s daily lives, such as distribution, retail and welfare.

Minimum wage levels have a direct bearing on the economic wellbeing of non-regular workers, such as those under limited contracts and part-timers who have born the brunt of the economic impact from the pandemic.

The minimum wage is key to improving working conditions and ensuring a stable life for low-income earners. The council should bear this in mind and set reasonable guidelines aimed at improving the fortunes of non-regular workers, which will contribute to overall pay growth.

The minimum wage is the lowest amount of hourly remuneration an employer is legally required to pay its workers. Prefectural governments decide on annual hikes in their jurisdiction based on guidelines set by the government panel.

The panel is considering what will be the first revision of the minimum wage since Prime Minister Yoshihide Suga took office. The Suga administration is keen to raise the rate. It has argued that a minimum wage hike is essential for narrowing economic disparities and pledged to seek to achieve the target of 1,000 yen weighted national average as soon as possible.

But the administration’s push for higher pay has provoked a backlash from many employers, especially small and midsized firms. They are demanding that the current level be maintained.

To be fair, the business outlook is murky for many employers due to the COVID-19 crisis. The government needs to be sensitive to the impact of a minimum pay increase on local economies and the employment situation.

But many workers are facing tougher financial hardship. Even if they have yet to lose their jobs, their earnings have fallen due to cuts in working hours.

The nation’s minimum wage is already lower than levels in many other leading industrial nations. In Japan, working 40 hours a week for the minimum wage brings in less than 2 million yen annually. By comparison, the pay floors in Britain, Germany and France are around 1,300 yen an hour. Their minimum wages have been raised even after the pandemic started.

During the council’s sessions in fiscal 2020, “public interest members,” who are impartial to the interests of other groups represented in the panel, called for a further increase in an apparent attempt to set the tone for discussions this fiscal year. They presented a compelling case.

The government has vowed to take steps to ease the impact of pay increases on smaller businesses. They include financial support for businesses hit hard by the health crisis, increasing state subsidies to small and midsized companies and measures to protect small and midsized firms from coming under pressure from their larger corporate customers to accept disadvantageous business deals.

The Suga administration should put the minimum wage back on an upward trajectory while taking steps to support vulnerable employers.