VOX POPULI: Japan a century from now: What will it look like? 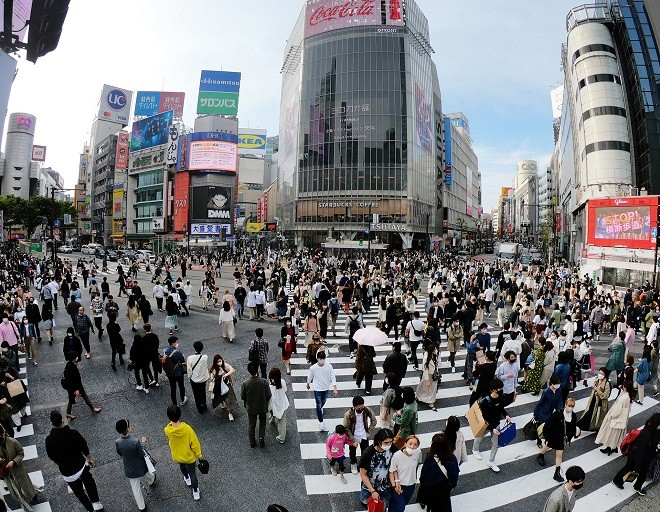 The iconic Scramble Crossing in front of Tokyo's Shibuya Station. This photo was taken April 24 with an ultrawide-angle lens. (Takuya Isayama)

In the waning years of the Jomon Pottery Culture Period (c. 14500 B.C.-1000 B.C.), Japan had a population of 75,800, of whom a whopping 52 percent were estimated to live in the Tohoku region, according to Hiroshi Kito's "Jinko kara Yomu Nihon no Rekishi" (Reading Japanese history from Japanese population).

With Tohoku residents vastly outnumbering their Kanto, Kinki and Kyushu counterparts, Japan's population back then was clearly overconcentrated in the northeast.

Three millennia later, a preliminary report of the 2020 national census, released June 25, put the population of the Tohoku region at only 7 percent of the national total, with Akita Prefecture leading the nation in the rate of depopulation over the last five years.

Second on the list was Iwate, followed by Aomori, Kochi and Yamagata prefectures.

On the opposite end of the spectrum, Tokyo ranked No. 1 in the rate of population growth, which came as no surprise.

Combined with the neighboring prefectures of Chiba, Saitama and Kanagawa, 30 percent of the population is now concentrated in these four prefectures alone.

Every time I travel to the provinces, I am alarmed by the proliferation of communities where senior citizens aged 65 and older comprise more than 50 percent of all residents, making it difficult to maintain a functioning society. And in Tokyo where I reside, I am unnerved by the density of crowds in stores and trains.

On the United Nations list of the world's most populated nations, Japan now ranks 11th, having been overtaken by Mexico.

And according to the National Institute of Population and Social Security Research, Japan's population in 2100 is projected to reach 59.77 million.

That represents a 50 percent decline from now, and being reminded of this perturbed me, even though I know I will have "checked out" by then.

This led me to fantasizing about a gadget called "Kaikokyo" that appears in "Kiterestu Daihyakka," a popular TV anime series.

A camera of sorts, invented by the protagonist, it lets the user take pictures of the past and the present at will.

I wish I could click the shutter to take a look at the bustling Tohoku region of the Jomon Period. I am also infinitely curious to see a changed Tokyo in the next century.

Is it really alright to let our society remain as heavily centralized in Tokyo as it is now? Do we not need to switch to a policy of decentralization?

I mull over Japan's future demography, letting my thoughts wander from the Jomon Period through to the present COVID-19 restrictions against overcrowding.