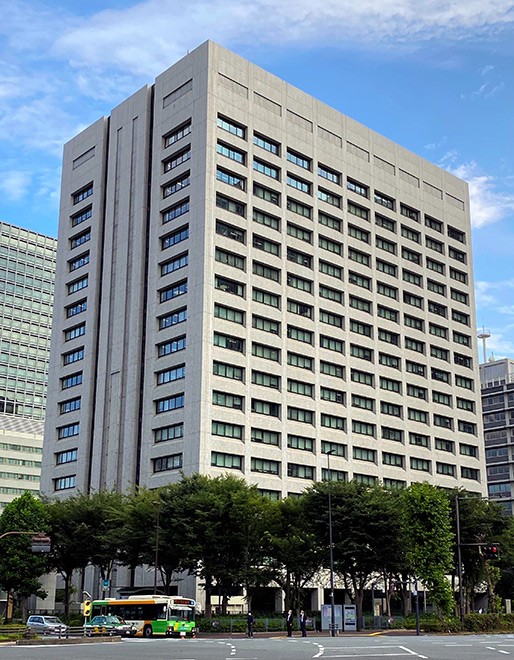 The government building housing the Ministry of Economy, Trade and Industry (Masayuki Takashima)

Two young career bureaucrats at the economy ministry are under arrest over suspicions they pocketed government funds designed for small businesses reeling from the novel coronavirus pandemic.

One of them may have used the money to support an expensive lifestyle, including rent in a high-rise condominium that exceeded his monthly salary, according to investigative sources.

The pair, both 28, were classmates in senior high school who ended up working in the Ministry of Economy, Trade and Industry.

Sakurai joined the ministry in 2018 and Arai followed two years later. They worked in different divisions of the ministry’s Economic and Industrial Policy Bureau.

Police suspect the two of abusing the program overseen by the ministry to provide rent support for small businesses and individual entrepreneurs who suffered sales losses due to the COVID-19 pandemic, the sources said.

The approval process for the program may have been lax because of the need to provide financial support as quickly as possible to prevent mass bankruptcies, the sources added.

According to investigative sources, the two men posed as associates of a small business from about late December and applied for the rent subsidy payments by submitting image data of fake rental agreements to the special website set up by the ministry for the program.

In early January, the pair received a lump sum of about 5.5 million yen ($50,000) deposited in the company’s name.

While Arai submitted the application, most of the money was grabbed by Sakurai, who, according to investigative sources, immediately purchased an expensive Swiss watch. Sakurai also owned several expensive foreign cars.

Arai established a paper company in November 2019 before joining the ministry and applied for the subsidy under its name.

According to the company registration, the address was registered at Arai’s residence. Arai was the founding company president, but the company is now headed by a female relative.

In their application, the two claimed to use three offices with a combined rent of about 2 million yen. The actual locations were Arai’s residence, the residence of Arai’s relative and the home where Sakurai grew up.

The sales record for the company was also allegedly faked because the company did not appear to conduct any sort of business.

Sakurai’s colleagues at the ministry mounted their own investigation because he lived in a condominium in the posh Ichibancho district of Tokyo’s Chiyoda Ward.

In a statement, the ministry issued deep regret over the matter and pledged to fully cooperate with the police investigation.