TOWARDS EQUALITY: Eleonor Faur, feminist sociologist: ‘In a world that neglects so much, caring for others is revolutionary’ 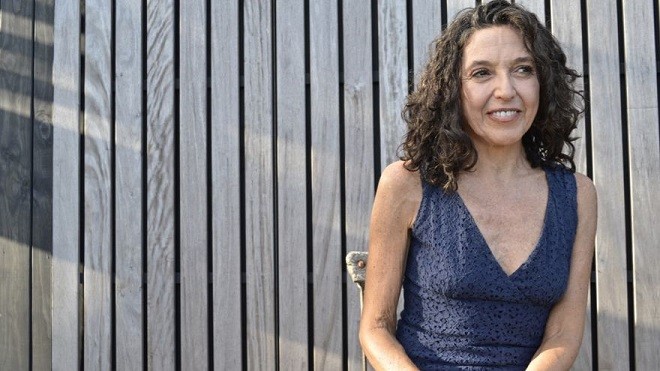 Eleonor Faur holds a PhD in Social Sciences, is a consultant for various agencies of international organisations and has been in charge of the Argentinean office of the United Nations Population Fund (UNPFA). (Paula Blaconá)

Eleonor Faur, a specialist in the study of the care industry through a gender lens, believes the world's economic systems need to be revamped entirely to ensure that care responsibilities are distributed in a more balanced way.

She came to this conclusion after an intensive analysis of the impact of the COVID-19 pandemic and community-oriented organizations led by women in popular sectors.

“The pandemic was not the root cause of the problem, but it has exacerbated it and made it visible.” This mantra has been repeated for months in many countries with regard to most social issues.

It also fits perfectly with underlying issues regarding the social organization of caregiving, which looks at how society deals with the care of people who need others survive: children, the elderly and people with disabilities who require daily support.

With a PhD in social sciences, Faur works as a consultant for four international organizations and headed the Argentinean office of the United Nations Population Fund.

She is also a pioneer in academic research on issues related to caregiving, the role of women as caregivers--whether paid or unpaid--and the link between scientific evidence and the design of public policies to improve the distribution of care responsibilities.

Excerpts from an interview with Faur:

Question: Why should care be a priority on the public agenda?

Faur: People’s wellbeing and care have always been essential, but so far public policy has failed to address this issue. Because of this lack of public action, it has been delegated to families. People have assumed that it is a private matter, that each household should manage to the best of its abilities with the resources they have, and that if a woman was in charge, then she would probably do it properly.

Now, it is becoming increasingly clear that care is not only an agenda worthy matter, it is also a priority. Mostly because, after the massive entry of women into the labor market, it became clear that the one who was supposed to be in charge of care work, as the typical ideal of past times required, was no longer at home all day.

So now there is an impulse to put the matter on the Argentinian agenda.

Q: There seem to be two different public speeches around care--a productivist one, which says that if women do the care work they will withdraw from the labor market, and a rather ‘anti-capitalist’ one ...

A: First of all, caregiving is both a welfare and a human rights issue. We need to rethink our whole economic system and the social organization of work, because paid work hours have been designed assuming that people did not have care responsibilities at home, or that those who were entrusted with this responsibility were not going to participate in the labor market.

Women have entered the labor market en masse, in a world with masculinized codes. So I am more in favor of toning down capitalism a bit, because we know it’s causing an ecological collapse, which is already here.

To promote a more humane perspective of care, is also to promote better care for the planet. It is to create a life-sustaining network, one that will really involve renewed ethics and a social bond-based philosophy of life.

I don’t believe that all care work should be paid, because I don’t want it to be regarded as a commodity--even within families, households or close-knit relationships. What I want is a more caring society, one that doesn’t count every hug we give.

There’s nothing wrong with adults caring for their children. The problem is how these responsibilities are shared and distributed; how much remains within families and how much goes to other institutions; how much responsibility is given--willingly or by omission--to women, and how much needs to be redistributed between genders.

The issue here is the unfairness of care work distribution, not denying love.

Q: Do you feel that the typical role of women as carers has been reinforced by the design of care policies?

A: Care is not only about children. But if we look at childcare from a historical perspective, I do think so--both in public policies and international agencies, the priority has always been the wellbeing of children.

And in order for children to be well, female activity has been instrumentalized; mums should be knowledgeable about nutrition, they should spend lots of time with their children, and so on. It seemed that women were instruments for children’s well-being.

Feminism has always put a strain on this logic, arguing that women are also subjects. We have rights, needs and desires of our own. We are not only instruments of other’s welfare, not even our children’s, and even if we love them dearly. We all have the potential and the ability to care. What happens is that women have historically learned more to do so.

A: Of course; the superwoman figure, who doesn’t need anyone and who is unwilling to give up any of her desires --as if anybody could be 100 percent autonomous. I believe that no one is totally autonomous, as much as no one is entirely dependent.

What we have between people is a network of interdependence--and we need that network.

Q: The term ‘care crisis’ is being increasingly used to pinpoint this issue. What does this crisis consist of?

A: Households can no longer meet all the care and requirements of their members because adults often participate in the labor market. Many of these are single-parent households, in which women work a lot of paid hours. So there is a gap. Who provides care when households cannot provide it with the intensity and quality that public policies assume they should?

That’s when the crisis issue begins. Northern or industrialized countries are starting to import care workers. It is a kind of capital extraction of employees, nannies or nurses from the South who move to the North to provide care. And with the pandemic, this crisis has clearly been intensified.