Suga’s promise to vaccinate the elderly by August remains elusive 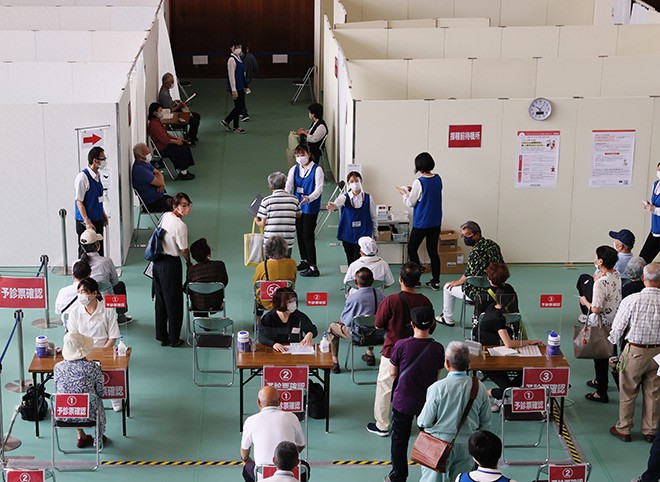 More than half of people 65 or older have now received at least one COVID-19 vaccine shot, government statistics reveal.

But the current pace of the rollout raises questions over whether Prime Minister Yoshihide Suga’s goal of having all elderly people who want to receive it complete the two-dose vaccination process by the end of July is within reach.

According to data released through the website of the prime minister’s office, about 20.67 million people who are 65 or older, or 58 percent, have received their first dose of the Pfizer vaccine as of June 28.

Only about 8.66 million elderly people, or 24 percent, have received two shots and completed the inoculation process.

Meanwhile some 14.81 million seniors, or 42 percent, have yet to start the process.

Suga declared his “by the end of July” target for the first time at a news conference on April 23, after he decided to issue the third state of emergency for Tokyo and three prefectures.

“The government as a whole will undertake the task so that each local government can administer vaccines twice to all elderly people who want to be vaccinated by the end of July,” he said.

Suga’s aides were even more optimistic about the timetable.

“All elderly people who want to be vaccinated will receive at least the first shot by the end of June,” one aide had said initially.

But to meet the government’s end of July deadline, a hefty number of elderly people must receive their first shot by July 10 because the Pfizer vaccine requires a three-week waiting period between administering the first and second shots.

(This article was written by Junya Sakamoto, Masatoshi Toda and Hiroki Koizumi.)