EDITORIAL: Rules needed to protect workers on loan to other companies 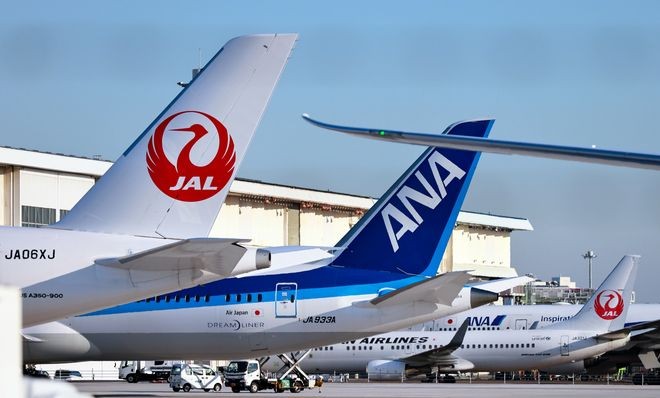 The new coronavirus pandemic has wiped out numerous jobs in Japan.

More than 100,000 workers have lost their jobs due to the economic repercussions from the pandemic as their employers have laid them off or not renewed their fixed-time work contracts.

In notable moves, some large companies have tried to maintain their workforces by temporarily loaning their employees out to other companies.

ANA Holdings Inc., which has been forced to make sharp reductions in its scheduled passenger flights, both domestic and international, and suffered a record loss of over 400 billion yen ($3.6 billion), has been making desperate efforts to cut fixed costs without shedding additional jobs.

The airline has instead decided to loan employees to companies outside its group. Under this program, the company reassigns employees to other companies with which it has no capital ties until passenger traffic recovers. This way, ANA can slash its labor costs by receiving fees from the companies for which the employees work.

When ANA announced the plan in October, a raft of companies offered to accept the airline’s employees. In the next month, the first batch of ANA employees loaned under this program--32 in total--started working at a call center of a major consumer electronics retail chain.

By April this year, a total of 750 ANA employees, mainly cabin attendants, worked for other firms, serving customers at retail stores or training store clerks on customer service skills, for example.

Japan Airlines Co. has also adopted this approach. As of the end of May, some 1,700 JAL employees were loaned out on a daily basis to 130 other employers including other companies and local governments.

The formula has spread beyond the embattled airline industry. Tourist bus drivers have been loaned to trucking companies, while employees in the auto industry have been reassigned to computer chip makers.

Japan does not have a well-developed outplacement market because of its traditional lifetime employment system even though it has become frayed. As a result, many workers tend to face immediate financial difficulties when they lose their jobs.

Temporary loaning of employees to other companies may serve as an effective way for companies to maintain employment without bearing an excessive financial burden. This format allows companies to weather tough economic times without losing skilled workers they have developed. They can get back these workers when their earnings recover.

The government has responded positively to the new trend. In February, the labor ministry launched a program to subsidize up to 90 percent of the salaries of loaned employees and related costs to help both the companies that loan out and accept workers.

Some local governments are working with the local business communities in pilot projects based on this formula.

But expanding employee reassignments beyond subsidiaries and other group companies could also raise labor issues.

Workers are not tools to be loaned out without consideration. Should they be expected to show good performances immediately in jobs that are new to them? If there are differences in working terms and conditions, such as conditions for taking various kinds of days off between the two companies, which side’s should be applied to these workers?

Can these workers expect their job performances at the other companies to be evaluated fairly by their original employers? Will they really be able to return to their original companies after being loaned out? It is not surprising that these questions weigh heavily on employees on loan.

Both companies that loan employees and those that accept them should give convincing answers to these questions to ensure that the workers can show their best possible job performances at new workplaces.

The government, for its part, should set guidelines for contracts for loaning out employees and ensure the enforcement of the rules for protecting workers.

If used properly, this approach can turn the misfortune of the health crisis into an opportunity to establish a new employment format that benefits both businesses and workers.