Ibaraki man gets death sentence over murders of wife, 5 children 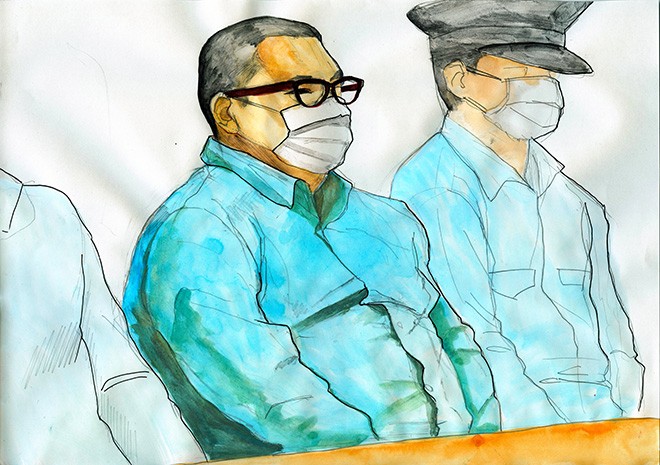 MITO--The Mito District Court on June 30 rejected a mental-incompetency defense and sentenced a man to death for murdering his wife and their five children and setting the bodies on fire.

Hirobumi Komatsu, 36, was found guilty of repeatedly stabbing his wife, 33, and the children, who were between the ages of 3 and 11, with a knife on Oct. 6, 2017, at his home in Hitachi, Ibaraki Prefecture.

He then doused the bodies with gasoline and set them on fire, the ruling said.

“(Komatsu’s) criminal demeanor was dangerous and savage,” the court said. “It was also heinous compared with other similar cases.”

Prosecutors had demanded the death sentence for the suspect.

Defense lawyers said Komatsu’s cognitive process at the time of the killings was impaired because of his depression and extreme stress. They sought a not-guilty verdict or leniency in the sentencing.

Komatsu said during the trial that he lost his memory as an aftereffect of a heart attack he suffered in November 2018.

His lawyers asked that the trial be suspended, citing Komatsu’s mental condition.

But the court ruled that Komatsu was mentally competent to be held responsible for his actions.

(This article was written by Shun Hayashi and Keitaro Nishizaki.)