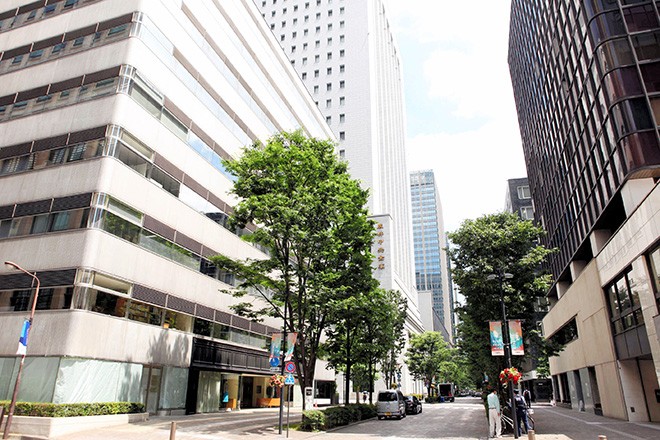 Many high-rise office buildings in Tokyo’s Yurakucho district house stores on their lower floors in a photo taken in June 2021. (Hiroshi Nakano)

Nationwide land prices as of the beginning of 2021 dropped 0.5 percent on average from a year earlier, the first decline in six years, from effects attributed to the novel coronavirus pandemic, according to government data released on July 1.

The drop is due to diminishing demand for office space and store locations in urban centers and closure of shops targeting inbound tourists, the National Tax Agency said.

The prices are used to calculate inheritance and gift taxes for 2021.

Of Japan’s 47 prefectures, land prices dipped in 39 prefectures, compared with 26 last year, according to the agency.

An increase was registered for only seven prefectures, a sharp decline from the 21 the previous year.

As for the highest land prices in the prefectural capitals, eight cities reported an increase, compared with 38 last year.

The agency’s report also showed that there were declines in the highest land prices in 22 prefectural capitals though there was only one the year before.

The steepest decline of 12.5 percent was registered by Nara apparently as a result of closure of shops for overseas tourists.

A plot in front of the Kyukyodo stationary store in Tokyo's Ginza district, which annually is the most expensive land in Japan, fetched 42.72 million yen ($388,360) per square meter, the first drop in nine years.