GOHAN LAB/ Sardines in ‘kabayaki’ style: Aroma of sweet soy sauce in the air sure to make mouths water 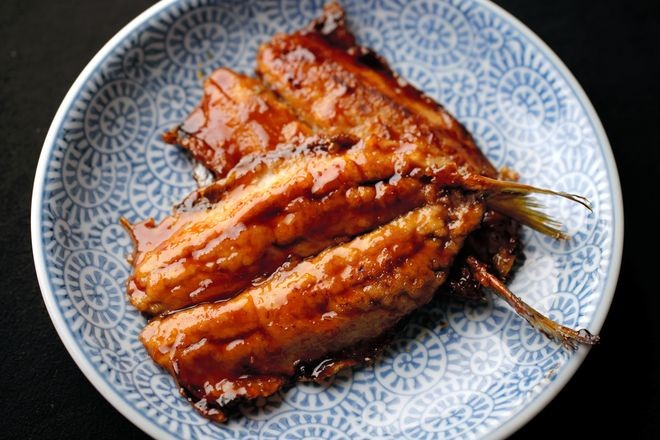 To cap the series on answering our readers’ requests, we chose a desire “to clean and prepare fish.”

The in-season Japanese sardine is opened flat with the hands. Since sardines are tender, they can be filleted with your hands instead of a knife after removing the head and guts.

The flesh and bones are separated by running the ball of the thumbs along the bone. Once you get the hang of it and get better, cleaning fish will become fun.

According to the Japan Fisheries Information Service Center based in Tokyo, the catch and price of Japanese sardines continue to be stable this year. Once you learn how to open them flat with your hands, a process called “tebiraki,” your cooking repertoire will expand to include fries, fish cake balls and more.

Since the sardine turns tough when overheated, a key to achieving a good flavor is to cook for a short time and get a fluffy finish. The aroma of sweet soy sauce wafting in the kitchen will surely be mouth-watering.

You will find yourself eating a lot of rice with the fish and feeling energized. The arranged version offers sardines in the popular ketchup flavor that may even appeal to children who are not fans of fish.

OK TO FREEZE WITHOUT PREPARATION

“If you have sardines that are fresh, my recommendation is to freeze them whole without gutting them,” says Toru Suzuki, specially appointed professor specializing in the study of freezing food at the Tokyo University of Marine Science and Technology.

This “freezing in ice” method, where sardines and water are put in an airtight container and frozen, “prevents both drying and loss of flavor,” says Suzuki. The water should just about cover the surface of the fish. Thaw by placing the ice and sardines in a bowl full of water.

Since you can clean and prepare the fish when you have time, you need not hesitate to buy good-looking sardines you encounter.

If freezing in fillets, set the best-before date to be shorter, and wrap tightly to prevent exposure to air that will cause oxidization.

1. [Rinsing sardines (Cleaning)] Remove scales, cut off head and hard part on stomach side and remove guts. Rinse inside the abdominal cavity and surface and pat dry.

2. [Open with hands] Place stomach toward you, insert both thumbs firmly on the spine and push until near the dorsal fin as if separating the flesh from bone. Slide one thumb toward the head and the other to the tail and open the fish flat (PHOTO A).

3. Pick end of spine near head. Insert tip of other thumb between spine and flesh, pinch the bone between thumb and forefinger and move toward tail to strip off the bone (PHOTO B). Cut off bone near the tail.

4. [Cooking] Mix soy sauce, sweet mirin sake, sugar and 1 and 1/2 Tbsp water to make sauce. Pat sardines dry and dust with katakuriko starch. Heat oil in frying pan and cook flesh side down over medium heat for 1 to 2 minutes. Turn and cook skin side for about 1 minute (PHOTO C).

5. Turn off heat and remove sardines. Wipe oil, add sauce and bring to a boil over medium heat. Return sardines and coat them in sauce. Serve on plate and sprinkle powdered Japanese pepper (“sansho”) to taste.

Akiko Watanabe is a cooking expert specializing in Japanese cuisine.
Midori Kasai is a professor at Ochanomizu University and former chairwoman of the Japan Society of Cookery Science.

Mix 2 Tbsp ketchup, 1/2 tsp soy sauce and 1 Tbsp water to make sauce. Dust sardines with flour. Heat 1 Tbsp oil and cook flesh side for 1 or 2 minutes over medium heat and skin side for 1 minute. Turn off heat, remove sardines and wipe remaining oil. Bring sauce to a boil over medium heat, return sardines and coat them in sauce. Sprinkle with chopped parsley.

When fish and meat are dusted with katakuriko starch or wheat flour and heated, the starch in the flours gelatinize, become sticky and cover the surface of the food in film form. This way, the water content and umami become less likely to flow out. When cooked, the film turns crispy. When the fish is placed in the boiling sauce, the gelatinized starch dissolves a little, turning the surface smooth and making the sauce thicker.