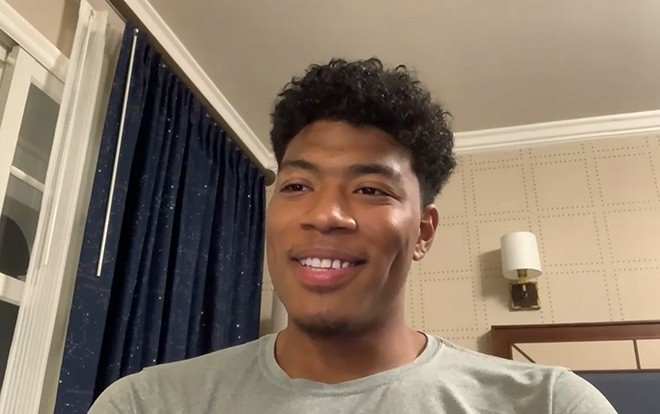 Japan has selected basketball player Rui Hachimura and wrestler Yui Susaki as joint flagbearers for the Tokyo Olympics, organizers said on Monday, placing representatives of a younger, more diverse generation of Japanese at the head of its national team.

Hachimura, 23, was raised in Japan as the child of a Japanese mother and Beninese father and plays for the NBA’s Washington Wizards.

The joint flagbearer role for Japan and other teams is a break with tradition after the International Olympic Committee changed the rules to send a message of gender parity.

Tokyo 2020’s efforts to showcase Japan as a modern and open nation--the Games uses the slogan "unity in diversity" in its messaging--have been overshadowed by the COVID-19 pandemic with organizers scrambling to hold the event without increasing cases.

Already delayed by a year because of the pandemic, the Games are proceeding amid concern that the influx of thousands of people from around the world could unleash another wave of infections in the country.

A member of Serbia’s Olympic rowing team tested positive for the novel coronavirus on arrival in Japan, an official said on Sunday, the third COVID-19 infection confirmed among Olympic team members.