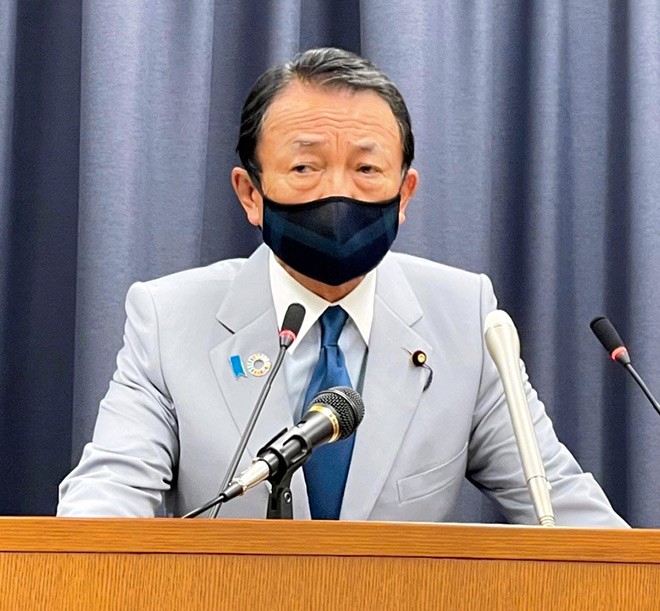 Japan’s deputy prime minister said the country needed to defend Taiwan with the United States if the island was invaded, Kyodo news agency reported late Monday, a comment likely to upset Beijing which regards Taiwan as a breakaway province.

China has never ruled out using force to reunite Taiwan with the mainland and recent military exercises by China and Taiwan across the Straits of Taiwan have raised tensions.

“If a major problem took place in Taiwan, it would not be too much to say that it could relate to a survival-threatening situation (for Japan),” Japan’s deputy prime minister Taro Aso said at a fundraising party by a fellow Liberal Democratic Party lawmaker, according to Kyodo.

A “survival-threatening situation” refers to a situation where an armed attack against a foreign country that is in a close relationship with Japan occurs, which in turns poses a clear risk of threatening Japan’s survival.

Such situation is one of the conditions that need to be met for Japan to exercise its right of collective self-defense or coming to the aid of an ally under attack.

“We need to think hard that Okinawa could be the next,” Aso was quoted by Kyodo as saying.

China claims a group of Japanese-controlled islets in the East China Sea. The tiny uninhabited isles, called the Senkaku in Japan and Diaoyu in China, are off Japan’s southern island of Okinawa.

Aso, asked about Japan’s stance on the cross-strait issue at a news conference on Tuesday, said any contingency over Taiwan should be resolved through dialogue.

“We are closely monitoring the situation,” Aso, who doubles as finance minister, told reporters.

Chief Cabinet Secretary Katsunobu Kato, when asked if Aso’s Monday comment was in line with the government’s stance, declined to comment, saying he was not aware of the Aso comment in detail, but reiterated Japan’s official policy on the matter.

“Japan hopes the Taiwan issue will be resolved through direct dialogue between parties concerned in a peaceful manner. That has been our consistent stance,” the top government spokesman said.