Physically ailing, Dice-K decides that his playing days are over 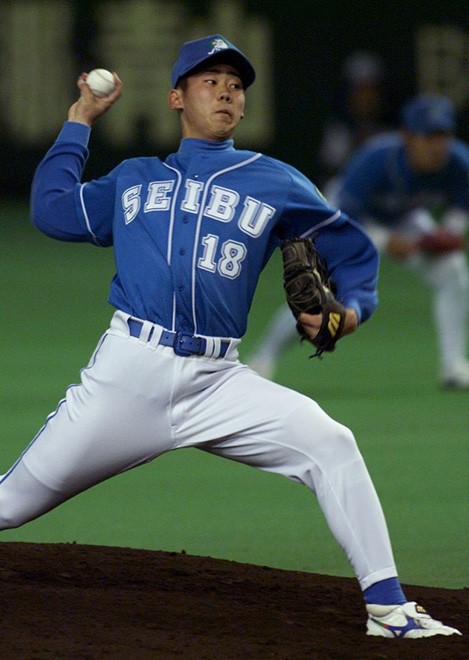 Pitcher Daisuke Matsuzaka, a high school phenom who went on to international fame and glory, including a World Series championship, has decided to call it quits from professional baseball.

Matsuzaka, 40, is signed with the Seibu Lions, but he has not appeared on the mound since 2019 mainly because of nagging physical problems.

Matsuzaka won a World Series ring pitching for the Boston Red Sox in 2007, but he has been in the national spotlight from the time he pitched for Yokohama High School and led the team to titles in the spring and summer national tournaments in 1998.

After playing with three major league teams, Matsuzaka returned to Nippon Professional Baseball in 2015 by signing with the Softbank Hawks. He rejoined the Seibu Lions, the team he began his professional career with, in 2019.

Matsuzaka was initially penciled in to start the third game of the 2020 season, but the novel coronavirus pandemic pushed back opening day, and he subsequently complained of neck pain and numbness in his right hand.

In July 2020, he underwent surgery on his cervical vertebra.
Matsuzaka has been continuing with a rehabilitation program.

According to team sources, there was a period in spring this year when he appeared on the road to recovery. But the numbness in his right hand never went away, and he decided on July 5, a year after the surgery, that it was time to hang up his cleats.

Matsuzaka was Seibu’s first pick in the 1998 draft, and he had the most wins by a pitcher for three straight years from 1999.

The Boston Red Sox won the right to negotiate with Matsuzaka with a bid of $51.11 million (about 6 billion yen at exchange rates of that time) in 2006. He signed a six-year contract with the Red Sox for $52 million (about 6.08 billion yen).

In 2007, Dice-K, as Matsuzaka was nicknamed, became the first Japanese pitcher to win a World Series game. The Red Sox swept the Colorado Rockies to win the title.

Over his 23-year career, Matsuzaka recorded 114 wins in Japan and 56 in the major leagues. He was also chosen as the most valuable player in the 2006 and 2009 World Baseball Classics, won by Japan both times. His performance in the inaugural event in 2006 is said to have generated huge interest among major league teams.

According to Hisanobu Watanabe, general manager of the Lions, Matsuzaka plans to hold a news conference to explain his decision once his physical and mental conditions have recovered.