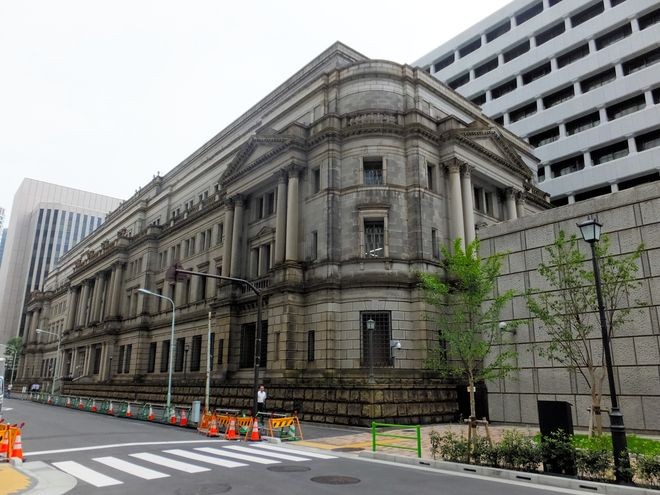 With shareholdings valued at 51.509 trillion yen ($470 billion), the Bank of Japan has become the largest investor in Japanese stocks, heightening concerns about market distortions and conflicts of interest within the central bank.

The exchange-traded funds (ETFs) owned by the BOJ are collectively worth 4.3 trillion yen more than the figure for the Government Pension Investment Fund (GPIF), which was the largest shareholder at the end of fiscal 2019.

Released on July 2, the GPIF business report for fiscal 2020 showed it owned 47.227 trillion yen in Japanese stocks. The BOJ’s higher total was listed in its financial data released in May.

Rising share prices have bumped up the latent profits on shareholdings of both the BOJ and the GPIF. But the ETFs’ market price for the BOJ has risen more dramatically.

The GPIF invests in domestic and overseas stocks and bonds in a balanced manner for a stable increase in funds under the national pension program.

Its Japanese stocks reportedly account for around 25 percent of its assets, and it occasionally sells its shares.

On the other hand, the BOJ continues buying ETFs as part of its monetary easing policy. Its total ETF value has steadily risen, although it is extremely rare for the central bank to buy properties underpinned by stocks.

It is unusual for the central bank to pour more money into the stock market than the national pension fund.

The ballooning ETF value for the BOJ can lead to serious adverse effects and risks.

A sharp drop in share prices would reduce the amount of funds the government can receive from the BOJ, which could lead to a burden on taxpayers.

With those risks in mind, a BOJ insider demanded cautiousness.

“It would be desirable to curb the pace of asset expansion as much as possible,” said Hitoshi Suzuki, a BOJ Policy Board member.

“I know some people fear my appointment may produce a conflict of interest,” Nakagawa said at a news conference after she took the position. “I will fulfill my duties while keeping a fair and neutral stance.”

According to an estimate by Shingo Ide, an official at the NLI Research Institute, the BOJ pays 59.2 billion yen annually in ETF trust fees, and a considerable portion is believed to go to Nomura Asset Management.

The BOJ’s monetary measures are determined through Policy Board meetings attended by the governor, two deputy governors and six board members.

All of those officials are appointed by the government based on the Diet’s consent.

As Policy Board members are often former officials of banks and other financial institutions, some conflicts of interest are unavoidable over decisions to raise or lower interest rates.

Kazunori Yamanoi, a lawmaker from the opposition Constitutional Democratic Party of Japan, in March pointed out in his written query “the possibility that it (Nakagawa’s appointment) could have a negative impact on decision-making over buying and keeping ETFs.”

Responding to the question, the government stated it believes “detailed monetary measures are properly determined at Policy Board meetings.”

Takako Masai, who was replaced on the Policy Board by Nakagawa, also sparked a fierce debate over her refusal to execute her voting right at a June monetary policy meeting, her last opportunity to do so before her resignation.

According to the BOJ, Masai was a candidate for director at a private company, forcing her to relinquish the voting right to ensure neutrality and fairness in policy decisions.

Not voting is extremely rare, and Jun Azumi, the chairman of the CDP’s Diet Affairs Committee, argued BOJ Governor Haruhiko Kuroda should provide an explanation in the Diet.

“It is unacceptable that a Policy Board member, a significant role appointed based on the Diet voting, abandons the right to vote simply because a new post has been secured (at a private business),” Azumi argued.