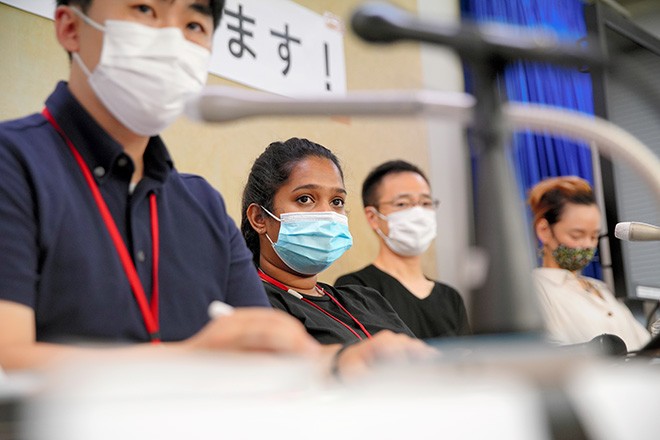 The family of a detained Sri Lankan woman who died at an immigration facility in Nagoya and their supporters called on the public to sign a petition demanding the release of the facility’s video footage of her.

The bereaved family and students supporting them made the appeal at a news conference in Tokyo on July 7. They have launched an online petition to uncover the truth about circumstances surrounding the death of Wishma Sandamali.

Wishma, 33, died in March at a detention facility run by the Nagoya Regional Immigration Services Bureau after suffering from severe nausea and experiencing difficulty walking. She was detained in August after overstaying her visa.

“If immigration officials are doing the right thing (at the detention facility), they can release the footage without hesitation,” Wishma’s sister Wayomi, 28, said at the news conference. “I think they are refusing to do so to hide problems in their handling of the case.”

Wayomi said she had thought that by coming to Japan she could get a clear answer to what led to her sister’s death. She added that she is now mentally and physically exhausted because she has yet to see any results even two months after she entered Japan.

Justice Minister Yoko Kamikawa said at a news conference on July 6 that the case does not warrant the release of the footage, citing security reasons, the need to protect Wishma’s honor and dignity, and the impact on the third party in charge of compiling the final report on the incident.