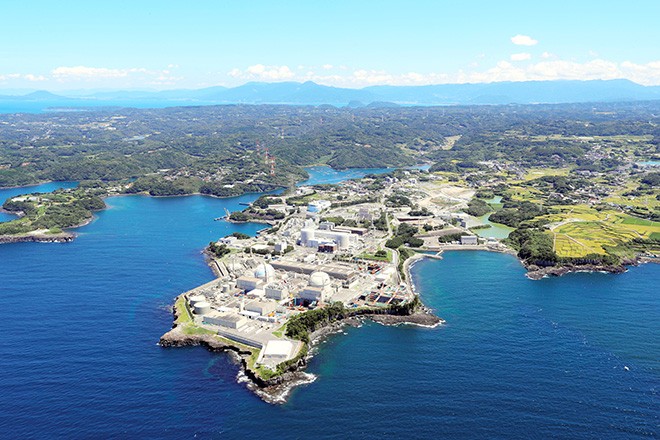 The Nuclear Regulation Authority is set to order Kyushu Electric Power Co. to review the quake resistance of its Genkai nuclear plant, which could force the utility to make costly safeguards for the facility in Saga Prefecture.

The nuclear watchdog in April updated the method for estimating standard seismic ground motion, the maximum acceleration of earthquakes anticipated at and around nuclear plants.

It has directed electric power companies to review their estimates of how much seismic motion their plants can withstand based on the new method.

But Kyushu Electric has asserted that there is no need to recalculate the figures for the Genkai nuclear plant, saying the facility can still withstand the new seismic motion levels expected under the latest method.

The NRA, however, rejected the utility’s argument, saying, “Some earthquakes that are likely to strike may have a maximum acceleration exceeding the previous estimate.”

With the order, Kyushu Electric will be forced to re-estimate the standard earthquake ground motion for the Genkai nuclear plant to regain a license for operations within three years after the update of the NRA’s new calculation method.

But the company can operate the plant while it is preparing to revise the estimate for a new permit.

Depending on the result, it could be required to carry out additional safeguards for the plant to improve its quake resistance.

The calculation method was updated as part of retrofitting, which was introduced after the 2011 Fukushima nuclear disaster, to incorporate the latest scientific expertise in regulating reactors.

Standard earthquake ground motion is calculated by taking into account activities of seismic faults and earthquakes of unspecified focuses triggered by faults that are still unknown to scientists in the surrounding area of a nuclear plant.

The recent update concerns earthquakes that have focuses that have not been located and is based on findings of 89 temblors that have occurred since 2000.

While Kyushu Electric reviewed estimation of the standard seismic ground motion for its Sendai nuclear plant in Kagoshima Prefecture, it has dismissed the need for a review at the Genkai plant.

But Toyoshi Fuketa, chairman of the NRA, criticized the company’s response, questioning its approach toward the safety issue.

Since the more stringent reactor regulations were introduced in 2013, nine nuclear plants have obtained licenses to operate.

Operators of six of the plants said they do not need to revise their plant's estimation of the standard earthquake ground motion in response to the NRA’s directive.

The NRA has approved Kansai Electric Power Co.'s position that its Takahama and Oi nuclear plants in Fukui Prefecture have no need to update their standard earthquake ground motion estimations.

(This article was written by Keiichi Kitagawa and Tsuyoshi Kawamura.)