Tokyo will be under 4th state of emergency as Olympics loom 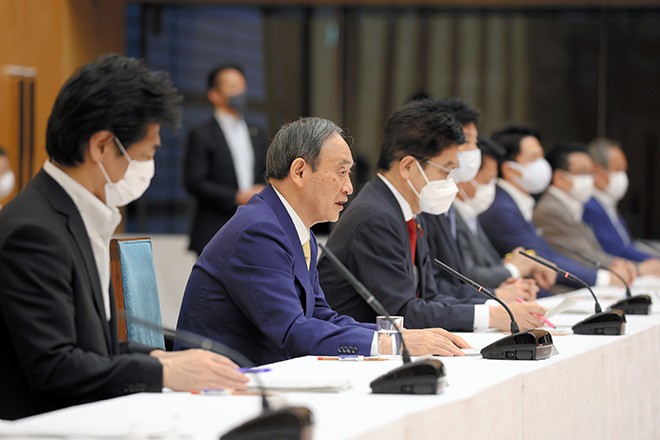 With COVID-19 cases surging in Tokyo, the government on July 8 approved a fourth state of emergency for the capital to deal with the pandemic, which logged more than 900 cases the day before.

The state of emergency will run from July 12 until Aug. 22, covering the entire period of the Tokyo Olympics, including the Opening Ceremony scheduled for July 23. The Closing Ceremony will be held Aug. 8.

The state of emergency in place for Okinawa Prefecture will also continue until Aug. 22, while pre-emergency measures will be extended until that date for Kanagawa, Saitama and Chiba prefectures, which all neighbor Tokyo, as well as Osaka in western Japan.

The pre-emergency measures now in place for five other prefectures--Hokkaido, Aichi, Kyoto, Hyogo and Fukuoka--will expire on July 11.

In the July 8 meeting of the government panel of experts, a state minister indicated that tougher measures will be in place for the prefectures under the state of emergency and other measures regarding establishments that serve alcohol.

There have been frequent reports of bars and restaurants not only open, but also serving alcohol, beyond the requested closing time.

Yasutoshi Nishimura, the state minister in charge of economic revitalization who also heads the central government effort against the pandemic, said there would be a stricter enforcement of fines against those establishments and that suppliers of alcoholic beverages to those outlets will also be asked to cooperate and not provide the liquids.

But to encourage more businesses to cooperate, Nishimura also said plans are being finalized for payment of cooperation money to bars and restaurants to be made much quicker than has been the case until now.

While businesses in prefectures covered by pre-emergency measures were allowed to serve alcohol until 7 p.m. as long as certain conditions were met, from July 12 those businesses will be asked to stop serving alcohol.

Outlets that serve alcohol and offer karaoke services in Tokyo under the state of emergency will be asked to temporarily close for the duration of the measure.