NHK board may have come close to violating broadcast law 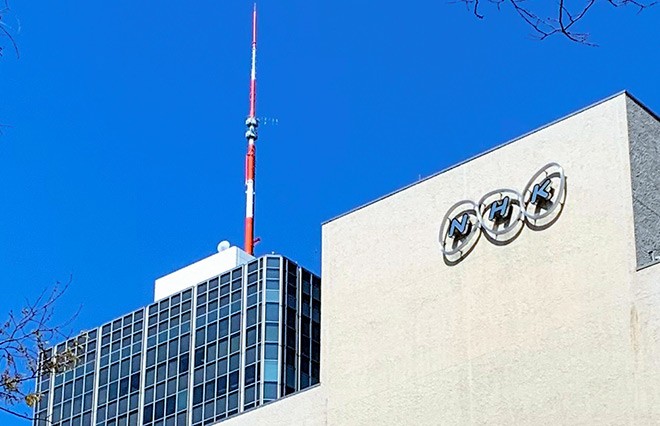 Minutes of a meeting of the Board of Governors of public broadcaster NHK show that a heated exchange erupted over a program that had aired, thereby overstepping the Broadcasting Law aimed at ensuring complete editorial independence.

The most strenuous criticism voiced at the meetings came from Shunzo Morishita, then acting chairman of the board and now chairman, the minutes show. A former president of NTT West Corp., Morishita was re-elected to a second term as chairman in March, a move viewed by critics as a threat to NHK’s editorial independence.

The controversy stems from a program broadcast in April 2018 regarding inappropriate sales practices by  Japan Post Insurance Co. A plan to broadcast a follow-up program led to protests from the Japan Post group directed at Ryoichi Ueda, who was then NHK's president.

During the Oct. 23, 2018, meeting, Morishita described the program in question as “very poorly made” and complained that “almost no reporting was actually being done.”

Prior to producing the follow-up, those involved in the program posted a video about past reporting having turned up shady practices by Japan Post Insurance and called on those with further information to contact program staff. In the end, the follow-up program never aired, due in part to protests from the Japan Post group.

During the meeting, the Board of Governors delivered a strict warning to Ueda and demanded that he strengthen corporate governance.

The comments attributed to Morishita were a “clear violation” of the Broadcasting Law, according to Hiroyoshi Sunakawa, a professor of media studies at Rikkyo University in Tokyo.

Sunakawa also noted that Morishita's remarks echoed the criticism outlined in the protests filed by the Japan Post group.

The minutes also show that Ueda was concerned that if details of what the governors said at the meeting ever came out, it would “place NHK on the brink of its very survival.”

When contacted by the Asahi, Morishita said July 8 that his comments were only meant to confirm what was written in the protest letters from the Japan Post group.

An NHK official said the strict warning issued to Ueda had no effect on the public broadcaster's broadcasting independence and autonomy nor on the freedom of program production.

Subsequent reporting by various media organizations, including The Asahi Shimbun, turned up a huge cache of questionable sales practices involving Japan Post Insurance policies that led to a wholesale change in leadership of Japan Post group companies, including the head of the Japan Post Holdings Co., the parent company.

(Yusuke Miyata contributed to this report.)