Academics in fresh push on reasons to block entry to council 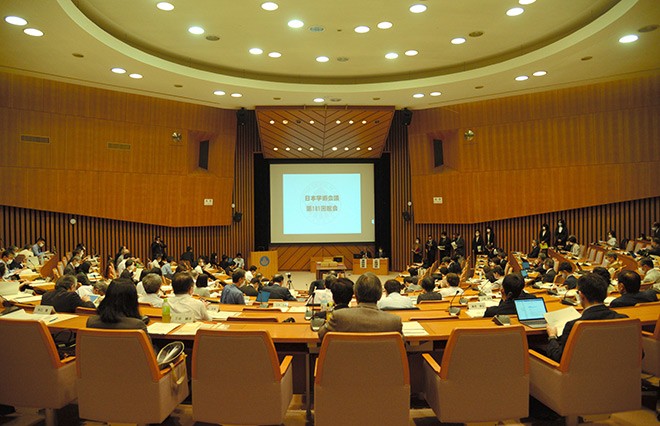 Six scholars rejected by Prime Minister Yoshihide Suga for membership in the apolitical Science Council of Japan are still pressing for an explanation nearly a year after the fact.

The scholars filed a request July 8 for a review of the refusal by government agencies to list reasons for denying them admittance to the body established in 1949 that steadfastly refuses to engage in any scientific research with war potential.

In April, the scholars submitted requests with the Cabinet Secretariat and Cabinet Office for the disclosure of documents detailing the process behind their rejection and reasons for it.

Suga triggered an outcry in September 2020 when he became the first prime minister not to rubberstamp candidates earmarked for Science Council membership. The six had clashed with the previous administration over contentious national security legislation and other issues.

Suga denies that politics had anything to do with his decision, but refuses to say more on the matter. Critics view the government's meddling as a serious infringement on academic freedom.

The government agencies refused to divulge the documents or even take up the request and that led the six to file the request for a review of those decisions under the Administrative Complaint Review Law.

Speaking at a news conference on July 8, Masanori Okada, a professor of administrative law at Tokyo's Waseda University and one of the six rejected scholars, said, “We have to uncover the reason for the illegal denial of our appointment.”

The six issued a statement the same day countering arguments given by the administrative agencies in refusing to release the documents.

One agency claimed it did not possess the document. If that is the case, the statement said the agency must be deliberately concealing the document.

Another reason given by the agencies was that releasing the documents would interfere with fair and smooth implementation of personnel decisions.

But the statement argued that the six were simply asking for documents containing personal information about themselves, so interference on personnel matters could not be an issue.

Besides the six scholars, a group of 1,162 lawyers and others have also submitted a similar request for the release of the documents.

But that request was also rejected, leading to an earlier and separate request for a review of that decision.