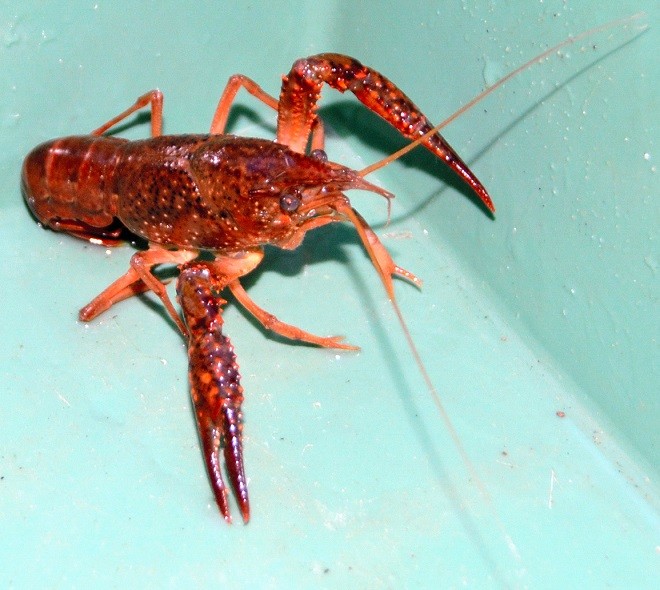 We take it for granted that the white clover growing in the fields is native to Japan, but it isn't.

It was brought to Japan during the Edo Period (1603-1867) as packing material in crates of glassware shipped from the the Netherlands. Hence its Japanese name of "shiro tsumekusa," which literally means "white stuffing grass."

Fields of white clover grew popular in Japan as hunting grounds for four-leaf clovers, which are believed to bring good luck.

Red swamp crayfish is another species introduced to Japan to serve human needs.

The species was imported from the United States in 1927 as feed for farmed edible frogs. The crustacean propagated vigorously in Japanese rice paddies that closely resembled its native Louisiana swamps.

People's memories of catching crayfish remain vivid even after many years, probably because of their bright red hue. They are loved by children to this day, but the impact of these creatures on the ecosystem is now becoming a cause of grave concern.

Experts point out that red swamp crayfish slash aquatic plants with their claws, ruining spawning grounds for other fish.

The Asahi Shimbun reported July 7 that the Environment Ministry is in the process of designating red swamp crayfish as an invasive alien species and banning their import, sale and release into the wild. At the earliest, the new regulation may take effect in 2023.

I understand the need for some kind of action. I just hope it won't go so far as to prohibit children from catching crayfish.

"Usagi no Me" (A Rabbit's Eyes), a children's story by Kenjiro Haitani (1934-2006) set in an elementary school, contains a scene where a teacher brings a red swamp crayfish to the classroom to surprise the pupils.

Children need to be exposed to living creatures and awaken to the wonders of nature. Adults need to protect the ecosystem.

How to keep these needs in balance? The red swamp crayfish seems to be asking this question.