No Olympic fans in stands in Hokkaido and Fukushima 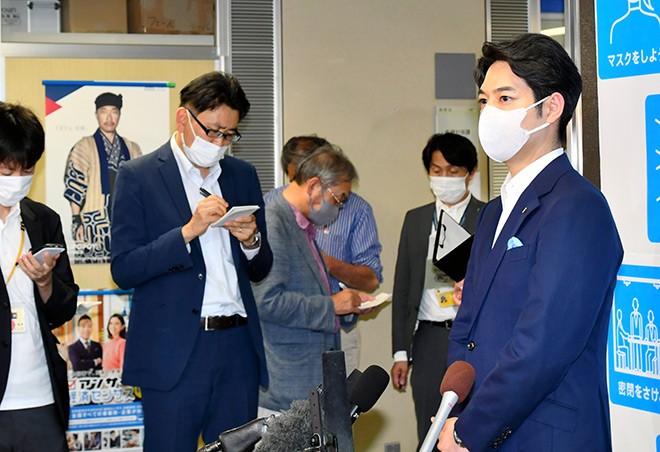 Authorities in Hokkaido made an abrupt U-turn late July 9 and announced that Olympic events to be held in the northernmost main island would have no fans in the stands.

Hokkaido Governor Naomichi Suzuki, meeting with reporters around 11:20 p.m., said, “I held discussions with (Tokyo Olympic) organizing committee officials until just a short time ago and the decision was made to not allow any fans into Sapporo Dome.”

On July 9, the organizing committee announced fan capacity for venues outside of Tokyo and its three neighboring prefectures and indicated that the sessions at Sapporo Dome would allow fans.

But Suzuki had repeatedly made clear he wanted unified measures for all Olympic venues, regardless of location. So with the decision to not allow in fans in the greater Tokyo metropolitan area, Suzuki said he hoped the same step would be implemented for his jurisdiction.

He did not hide his disappointment at the announcement by the organizing committee that the games in Sapporo would have fans in the stands. Suzuki continued to hold talks with organizing committee officials and set various conditions if fans were to be allowed in, such as taking steps to ensure that soccer fans from the Tokyo area did not fly to Sapporo to attend events.

In the end, it was decided not to allow any fans in Sapporo.

Suzuki told reporters that protecting the safety and peace of mind of Hokkaido residents was his priority.

Events to be held in the three prefectures of Miyagi, Ibaraki and Shizuoka will allow in some fans, but at most only half of the capacity of each venue, with a maximum cap of 10,000.

But the soccer matches to be held in Ibaraki will only allow in about 1,000 to 1,500 elementary, junior high and senior high school students who receive tickets through a cooperative effort with the schools. The measure will only be implemented for three of the 11 games scheduled for Ibaraki.

Organizing committee officials said July 9 there would be no reduction in the 70,000 or so volunteers helping out with the Olympics. Although many of those volunteers were supposed to help spectators arriving at the venues, the no-fan policy means they will be asked to handle other tasks.