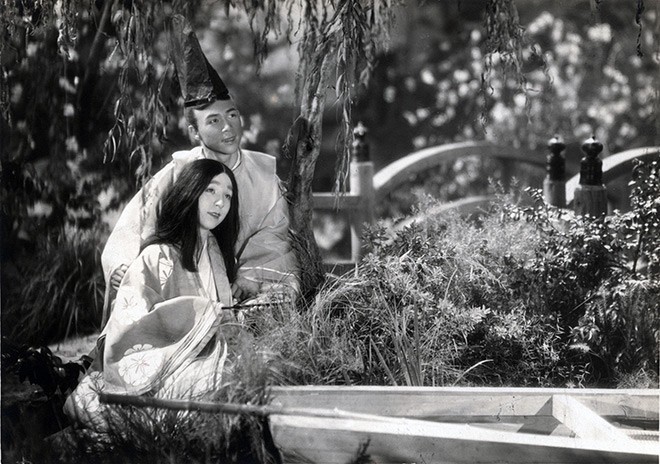 A short version of “Kaguya-Hime,” a 1935 film thought to have been lost for which special effects genius Eiji Tsuburaya served as director of photography, turned up in Britain.

It will be shown at the National Film Archive of Japan in Tokyo in September for the film’s first screening in Japan in nearly 90 years.

“The film voraciously incorporates the latest technologies of the time, and it is a work of cinema essential to retrace the roots of Tsuburaya’s creativity,” said Masaki Daibo, chief researcher at the NFAJ.

Based on the Japanese folktale “The Tale of the Bamboo Cutter,” the story follows a mysterious girl found inside a stalk of bamboo who eventually returns to the moon.

There is no record of the original film ever being shown after its initial theatrical release, and the movie’s print had been lost.

However, a British researcher learned in 2015 that the title was included in the British Film Institute’s catalog. The NFAJ found that it is a 33-minute short edition produced for screenings in Britain in 1936.

The scene in which the little girl emerges from a cut bamboo stalk was created through the composite technique. The film also features a special effects scene where a miniature ship is hit by a storm.

It is believed that Kenzo Masaoka, dubbed the “father of Japanese anime,” was in charge of puppet animation sequences, but there are hardly any scenes of stop-motion animation in the short version.

Teruyoshi Nakano, who learned tokusatsu techniques under Tsuburaya’s tutelage, watched the short version of “Kaguya-Hime” at the NAFJ on July 7.

“I feel Tsuburaya-esque qualities in many parts of the film,” he said. “He might have not only served as cinematographer but also as director for such scenes.”

Tsuburaya wanted to produce a live-action adaptation of “The Tale of the Bamboo Cutter,” and Tomoyuki Tanaka, a Toho Co. producer who worked with Tsuburaya on the “Godzilla” series, also had ideas for a live-action version.

Tanaka’s project came to fruition as “Princess from the Moon” in 1987 after Tsuburaya’s death. Kon Ichikawa directed the film, and Nakano handled special effects.

The short version of “Kaguya-Hime” will be shown Sept. 4 and 5 as part of an event celebrating the 120th anniversary of Tsuburaya’s birth.

The event, which runs from Aug. 17 to Nov. 23, will be co-organized by the NFAJ and the city government of Sukagawa, Tsuburaya’s hometown in Fukushima Prefecture.