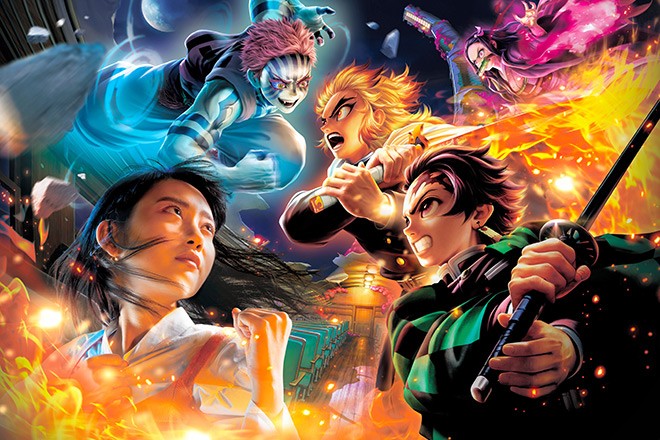 The attraction at USJ in Osaka will create a 360-degree VR world where fans will feel like they are riding the Mugen Train seen in the animation. During the ride, they will meet characters from the film and get caught up in fights with "oni" (demons) on the train.

During the ride, visitors will not only see anime characters’ sword skills and the protagonist Tanjiro Kamado’s killing techniques, but also can feel their movements, breathing and can also experience as if they were enveloped in fire.

During that period, another roller coaster “Hollywood Dream: The Ride” will be running as well that lets visitors hear audio of dialogue by “Demon Slayer” anime characters during the ride.

The theme park announced in June that it would introduce an attraction themed on “Demon Slayer,” but at that time didn't disclose details of what that would entail.