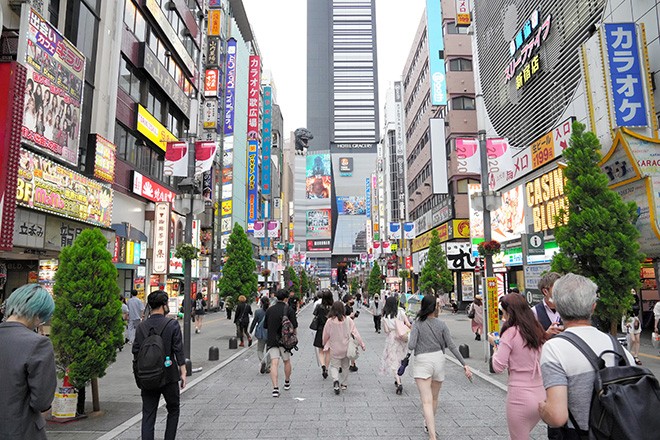 After declaring a fourth state of emergency for Tokyo on July 12 amid a resurgence of COVID-19 cases in the capital, the government is finding it has few options left to stop infections other than vaccines.

The government was compelled to take the initiative in issuing the emergency, lasting until Aug. 22, because delaying judgment even for one or two weeks over imposing it was believed likely to result in soaring infections.

“Vaccination is the decisive card of anti-virus measures, as we have always said,” Chief Cabinet Secretary Katsunobu Kato said at a news conference on July 12.

Kato said that the fourth state of emergency was issued to prevent infections from rising at an explosive speed across Japan until the vaccination efforts show effectiveness.

According to the government’s tally, 29.6 percent of people had received at least one inoculation across the nation by July 12.

Shigeru Omi, the chairman of the government panel of experts dealing with the pandemic, said at a July 8 news conference, assuming that more middle-aged or older people, who are more likely to develop serious symptoms, will get jabs, “People will be more relieved than now around September, as medical capacity will less strained.”

But there is still an issue of how the ongoing resurgence will be contained.

“We have the vaccine, but the many causes of why cases rise remain,” Omi said.

COVID-19 cases are likely to spread in the summer, too, experts say. That’s because after the rainy season more people stay inside while running air conditioners with little ventilation.

The second wave of infections started in Tokyo in last year in July. Hokkaido, where people often keep windows open when indoors, had no second wave at the time. But in autumn, the number of patients soared there, too.

Cases of the most contagious Delta variant are currently increasing in the capital. Delta variant cases accounted for 14.7 percent among tested samples for the week through June 27, according to the Tokyo metropolitan government. The following week, the figure was 18.7 percent in the preliminary report.

Delta variant cases are expected to account for more than 90 percent in Japan around the middle of August, according to the prediction by Hiroshi Nishiura, a professor at Kyoto University.

“During the fourth wave, the state of emergency was issued earlier for Tokyo, which prevented a bigger wave like the one the Kansai region has experienced,” said Kazuhiro Tateda, professor of infectious diseases at Toho University, and a member of the government’s panel on the pandemic.

“The fourth state of emergency is strongly intended to once again prevent a bigger wave,” he reiterated.

“In the autumn, when most middle-aged or older people are fully vaccinated, the situation might be different. If we can contain the soaring infections fully, the fourth state of emergency could be the last one. We’ve got to make that happen.”

But the government has few new measures for decreasing the number of infections.

During the summer, the government is starting a new measure to test people who travel from airports in Tokyo and Osaka Prefecture to Hokkaido and Okinawa Prefecture if they give their consent.

But its main measures to date have always been focused on eating and drinking establishments.

The government is asking restaurants and bars that provide alcoholic beverages or karaoke service to suspend their business operations all day in the prefectures covered under the emergency.

If establishments do not offer alcoholic beverages, they are being asked to close by 8 p.m.

The government is also beefing up anti-virus measures, such as expanding testing capacity with simplified testing kits and ventilating indoor spaces as much as possible with devices that measure CO2 levels.

But Mitsuru Fukuda, a professor of crisis management at Nihon University, pointed out that the public may be less than receptive to complying with policies to fight the virus.

“People have been putting up with living under anti-virus policies for a year and a half,” Fukuda said. “Their stress and dissatisfaction are accumulating and are going to exceed the threshold. Once they cross that, people will be beyond the point of no return.”

Though the government said that the vaccine will be the decisive factor in fighting COVID-19 and pledged to swiftly get shots into arms, its insufficient supply and slow vaccine rollout is causing the public to lose faith.

“People are disappointed at ad hoc policies and tend to give up their hopes for the government,” Fukuda said. “The key point is whether people are motivated to keep up the effort to follow the measures.

“As for crisis management, if the strategy turns out to be wrong, you can change it. But you have to explain such a change every time. The government needs to persuade people to form a consensus. Other than the vaccination efforts, it should show the specific policies and measures and its road map, such as how many beds will be increased or reinforcing the quarantine.”

(This article was written by Akiyoshi Abe and Tokiko Tsuji, a senior staff writer.)