VOX POPULI: As the Olympics approach, Suga’s true colors are being revealed 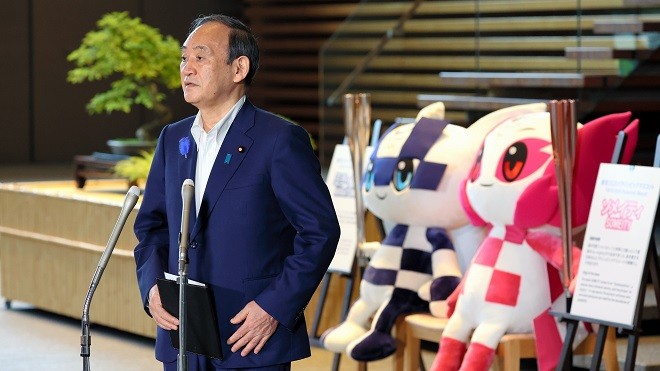 Japanese feudal daimyo Sadanobu Matsudaira (1759-1829), known for his "Kansei Reforms," put into writing his wish that "the benevolent rule of the Tokugawa government will ensure that the Japanese people will be spared hardships and be allowed to live in peace."

A prayer to that effect, likely written by his own hand, was discovered after his death and mentioned in his critical biography.

The Kansei Reforms are especially famous for "kien-rei," a debt forgiveness law aimed at bringing financial relief to "bushi" (members of the military class) who had fallen on hard times, and the establishment of "ninsoku yoseba" (labor camps for vagrants), where the homeless could receive vocational training.

The reforms also saw to it that every village set some rice aside for storage, so that the people would be adequately prepared for future famines.

Although such measures did draw praise as well as censure, I believe they should be lauded overall for their "benevolence," at least where they sided with society's underprivileged and vulnerable members.

Among the expressions we hardly ever hear in Japan today, "benevolent rule" ("jinsei" in Japanese) is perhaps the most relevant to this era.

His style of politics is decidedly cold and stern.

In the past, he brought the bureaucracy under control by ruthlessly demoting officials who stood up to him. And after he became prime minister, his administration's irrationally forceful ways have continually been exposed.

And just recently, he crossed the line by threatening banks and liquor merchants into playing COVID-19 vigilantes. As soon as he declared the fourth state of emergency, he decided to punish restaurants and bars that serve alcohol.

Small wonder that voices of outrage arose across a broad spectrum of society, condemning Suga for using undue pressure without dirtying his own hands.

The Japanese expression "shuren no shin" refers to government officials who torment the populace by exacting mercilessly heavy taxes.

What Suga is doing is nothing short of persecuting eateries and bars hit hard by the pandemic, as if they were primarily to blame for the spread of coronavirus infections.

This is not exactly the same thing as literally taxing them heavily, but, in essence, there is really no difference.

The closer we get to the start of the Tokyo Olympics, the more I am convinced every day that his administration's true colors are being revealed.