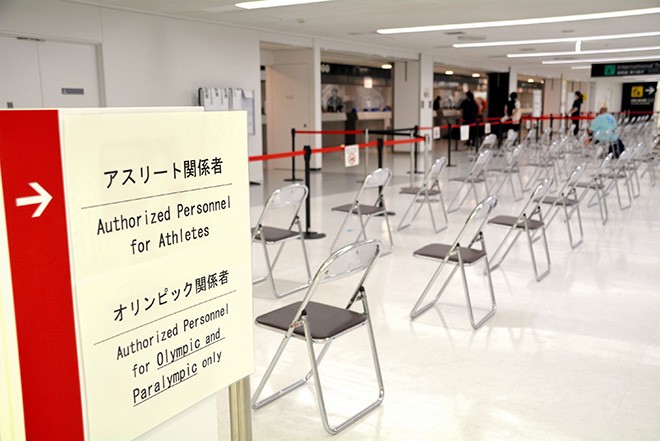 The South African Olympic men’s rugby sevens squad was likely exposed to the novel coronavirus on their flight to Japan, forcing the cancellation of their trip to Kagoshima for a training camp.

The team of 14 athletes and seven staff members arrived at Narita International Airport in Chiba Prefecture on the evening of July 13.

Results of their COVID-19 tests at the airport’s quarantine station came back negative.

But at least one passenger who boarded the same flight tested positive.

The Tokyo Olympic and Paralympic promotion headquarters, set up under the Cabinet Secretariat, deemed that all 14 players and four of the seven staffers were possibly in close contact with the virus carrier, based on their seat numbers.

The team, known as the Blitzboks or Springbok Sevens, was scheduled to travel to Kagoshima in southern Kagoshima Prefecture for a pre-Olympic training camp on July 14.

But the trip was postponed, and the members were transported to temporary accommodations, city officials and others said on July 14.

A public health center in Kagoshima will identify those who have been exposed to the virus, officials said.

The men’s rugby sevens competition at the Tokyo Olympics is scheduled to start on July 26 and run through July 28.

South Africa will play in Pool C and face the United States, Kenya and Ireland.