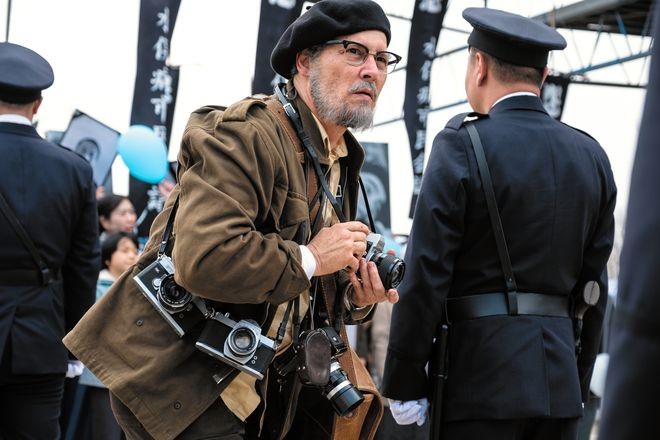 MINAMATA, Kumamoto Prefecture--Municipal authorities here declined to formally back a citizen group’s screening of “Minamata,” a film about the devastating effects of mercury poisoning in the city, mainly out of consideration to the real-life victims.

A panel consisting of local volunteers and others organized a preview in the city on Aug. 21 before the movie is released nationwide in September.

Kumamoto Prefecture has already expressed its patronage of the screening.

But the municipality dismissed the panel’s request for official support, saying, “The content of the movie is unclear.”

A Minamata city representative said it did not know if the film is faithfully based on true events or why the creator made the movie, noting that it is impossible for the municipality to decide if the film can contribute to the elimination of discrimination and prejudice against the victims.

According to the city, some residents want to forget Minamata disease as a thing of the past.

Based on those reasons, the municipality concluded it could not decide on whether it would be appropriate to back the event.

“We simply will not lend our name, but this does not mean we are opposing the showing,” said Keisuke Ueda, head of the city’s environment division.

A representative of Kumamoto Prefecture said the event “will offer a good opportunity for many people to learn about the history (of Minamata disease) and its lessons.”

Hiroyuki Sanada, Jun Kunimura and Tadanobu Asano are also featured in the film.

“Minamata” is based on a photo book of the same name by Smith and his former wife, Aileen Mioko Smith, 71.

The couple lived in Minamata for three years.

During that time, in 1973, the first court ruling was handed down in favor of Minamata disease patients and their families who had sued Chisso Corp., the chemical company responsible for discharging the mercury pollution into the sea.

Smith’s photos of the victims included Tomoko Kamimura, who was exposed to high levels of mercury while in her mother’s womb. She died in 1977 at the age of 21. Some images of actual patients are used in the film.