EDITORIAL: Japan should join the world movement to end the death penalty 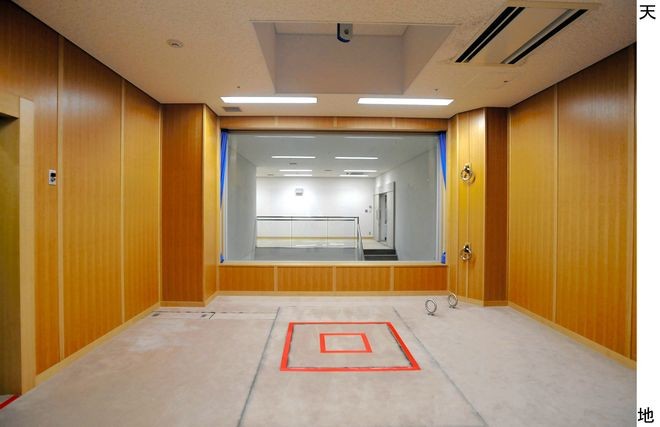 July 11 marked the 30th anniversary of the coming into force of a United Nations treaty to abolish the death penalty.

During the three decades since the Second Optional Protocol to the International Covenant on Civil and Political Rights took effect on July 11, 1991, many countries have changed their laws to stop the use of capital punishment.

More than 70 percent of the countries have either legally or effectively abolished the death penalty, according to international human rights group Amnesty International.

The ultimate decisions on issues concerning individual countries’ judicial and criminal justice systems should be addressed through their domestic legal processes based on their histories and values.

But capital punishment, the state-sanctioned killing of a person as punishment for a crime, raises serious universal human rights issues that transcend national borders. There is no ruling out the possibility of wrongful executions.

Japan should not be oblivious to the fact that it is among the diminishing ranks of countries that still utilize the death penalty. On the the 30th anniversary of the treaty taking effect, Japan should start taking steps toward ending its legal system’s reliance on capital punishment.

One important move concerning the issue recently came from the United States.

On July 1, U.S. Attorney General Merrick Garland imposed a moratorium on federal executions while the Justice Department continues its review of the death penalty.

U.S. President Joe Biden pledged during his presidential campaign to support legislation to end the death penalty. Biden’s stance toward the issue stands in sharp contrast with that of his predecessor.

While the moratorium will be applied only to executions for violations of federal laws, nearly half of America’s states no longer employ the death penalty.

Japan and the United States are the only countries among industrial democracies that still retain the death penalty and conduct executions.

Due to this isolated partnership, any important move by the United States with regard to the issue has significant implications for Japan.

Japanese policymakers, especially political leaders, need to understand that Japan is at a major crossroads as it is facing the choice between joining the growing list of countries that disavow the death penalty and remaining in the camp supporting capital punishment along with such countries as Iran, Egypt, Iraq, Saudi Arabia, China and North Korea.

Maintaining the death penalty is also a diplomatic impediment to Japan’s international criminal investigations and judicial cooperation with other countries.

Many foreign governments are reluctant to extradite criminal suspects to Japan because of its use of capital punishment. Japan only has extradition treaties with the United States and South Korea.

But South Korea has not carried out an execution for more than two decades and is regarded as a country that has outlawed the punishment in practice.

Japan’s talks with Australia over national security cooperation were temporarily stalled because of Canberra’s wariness about Tokyo’s refusal to end executions.

In defending Japan’s position that executions are an appropriate punishment, the Japanese government points to strong public support for the death penalty.

But disclosure of information concerning the treatment and executions of death row inmates has been limited, hindering in-depth debate on the issue.

It is easy to imagine the deep anger and grief of the bereft families of victims of heinous crimes. But their feelings toward the criminals should not be casually used to endorse execution as social vengeance.

A series of steps have been taken to support victims of serious crimes and their families, including the creation of a program to provide money to them and the establishment of a system to allow them to participate in the criminal justice process.

But much more needs to be done with many problems remaining to be addressed.

It is vital to prevent crime victims and their bereft families from becoming socially isolated by further expanding both financial and mental health support.