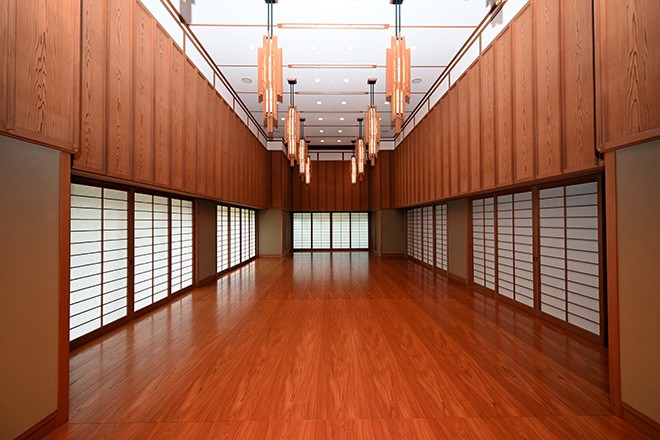 Renovation of the new residence for Emperor Naruhito and his family, the former Fukiage Sento Palace on the Imperial Palace grounds, has been completed and is ready for a September move-in date.

The entrance hall and the hall were shown to the media on July 14.

The new residence is a two-story reinforced concrete building with a basement floor. There are private rooms for Naruhito, Empress Masako and Princess Aiko, halls and reception rooms to greet foreign dignitaries, and offices for staff.

Emperor Emeritus Akihito and Empress Emerita Michiko lived in the residence during the Heisei Era (1989-2019). The renovation work had been ongoing since March 2020, almost a year after the new emperor ascended to the Chrysanthemum Throne.

Naruhito, Masako and Aiko will move into the new residence in September from the Akasaka Imperial Residence, where they have been residing.

After that, the Akasaka residence will be made barrier-free, and Akihito and Michiko will reside there.

According to the Imperial Household Agency, the emperor's family was supposed to move into the new residence in fiscal 2020, which ended in March. However, the renovation was delayed due to the novel coronavirus pandemic.