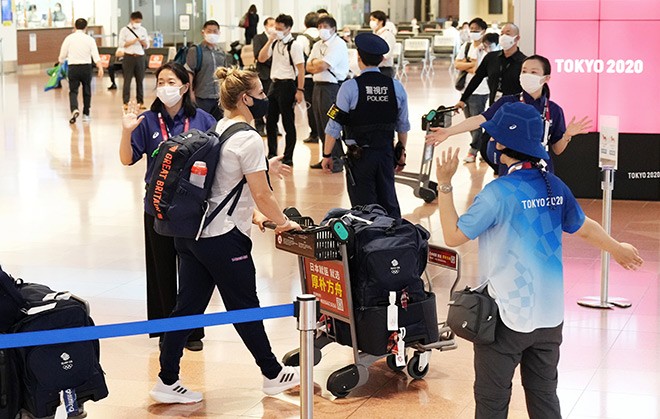 A member of an Olympic delegation arrives at Haneda Airport on July 14 for the Tokyo Games. (Takuya Isayama)

Japanese airlines have accepted the transport ministry’s request to reject reservations from people unrelated to the Tokyo Olympics during the runup to the Opening Ceremony on July 23.

According to the ministry, airlines will not accept new bookings from the general public during that period when the airports are expected to become crowded with Olympic delegations and officials arriving from overseas.

Even Olympic officials will be unable to book flights if the airports are very busy.

The airlines will continue accepting reservations from non-Olympic people when the airports are not crowded during the period.

The ministry said the measure is aimed at preventing airport quarantine checks from being overwhelmed, adding that it began issuing the request to airlines in mid-June.