Babe Ruth’s grandson thrilled with Ohtani, icon back in spotlight 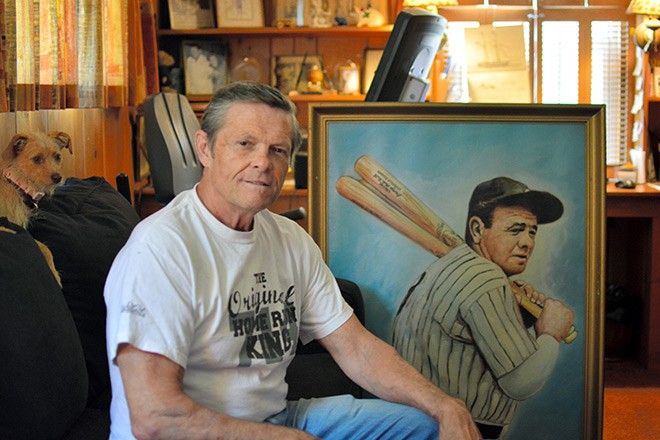 Tom Stevens, 68, said he appreciates Ohtani’s excellence in raising awareness of what Babe Ruth accomplished a century ago to a new generation.

“What (Ohtani) is doing is wonderful because it is great for baseball,” Stevens said in an interview with The Asahi Shimbun just before the All-Star Home Run Derby on July 12.

“And really, it is great for Babe, too. He is doing things that Babe never did.”

Stevens was born four years after the death of Ruth in 1948 at age 53, the original two-way “showtime.”

He grew up hearing about his famed grandfather from his grandmother Claire, Ruth’s second wife, and his mother, Julia, the Babe’s adopted daughter.

“Nobody could hit home runs like that,” Stevens said.

The way Ruth swung from the heels and hit towering home runs over fences was so revolutionary that some old-timers initially disliked him because of that, he said.

In 1919, Ruth excelled both on the mound and at the plate, swatting a then-record 29 homers.

But it was the only season Ruth played as a full-fledged two-way player. The Red Sox star was sold to the New York Yankees in 1920, and concentrated on hitting and playing the outfield for the rest of his career.

Even for Ruth, playing both ways was a great burden, Stevens said. But if that is what Ohtani wants to keep doing, he said, he should continue going for it.

“I haven’t managed to get to a game, but I have followed what he is doing,” said Stevens, who sees a commonality in his grandfather and the Los Angeles Angels slugger and ace pitcher.

Thanks to Ohtani, a lot of people have renewed their interest in baseball, Stevens said, and it has also helped his efforts to “perpetuate Babe’s legacy in a positive way the best that I can.”

Children growing up today “were made aware of who Babe Ruth was and learn about him,” he said.

And following Ohtani’s daily feats will surely inspire some of them to start asking, “Who is this Babe Ruth guy?”

“If they go to the web and look up Babe and start reading about him. I couldn’t ask for anything more,” Stevens said. “Our family wishes Ohtani the best of luck in his career, and we hope that he stays healthy and attains all of the goals that he has set for himself.”