Rainy season over in eastern, northern Japan; now the heat 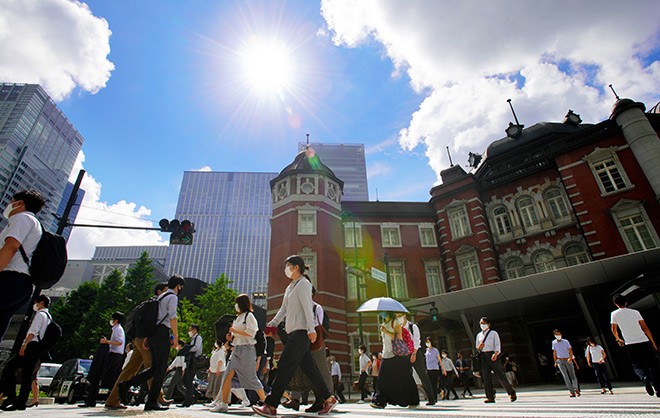 The rainy reason appears to have ended in the eastern Kanto-Koshin and northeastern Tohoku regions, the Japan Meteorological Agency announced July 16, signaling the sweltering summer to come.

Agency officials urged the public to be vigilant against heatstroke, especially now as people have yet to adjust to the heat.

The end of the rainy season came earlier in Kanto-Koshin and Tohoku than in the Shikoku, Kinki and Tokai regions this year as a Pacific high-pressure system is now extending from the east, the JMA said.

It was also 12 days earlier than usual in northern Tohoku. The agency did not specify the end of the season for the area last year.

Some areas of Kanto-Koshin and Tohoku may have a localized rain due to a cold air mass flowing into over the regions, according to the JMA. But sunny weather is forecast there for the next seven days or so as a high-pressure system continues to hover over those regions, the agency said.

Extremely hot weather is also forecast for Tokyo with daytime highs expected to reach 33 degrees on July 16 and 17.

According to the Fire and Disaster Management Agency, 2,568 people were rushed to hospitals for symptoms of heatstroke nationwide over the week through July 11, almost double the figure from a week earlier.

The number is expected to rise further as the end of the rainy season will send the mercury soaring.