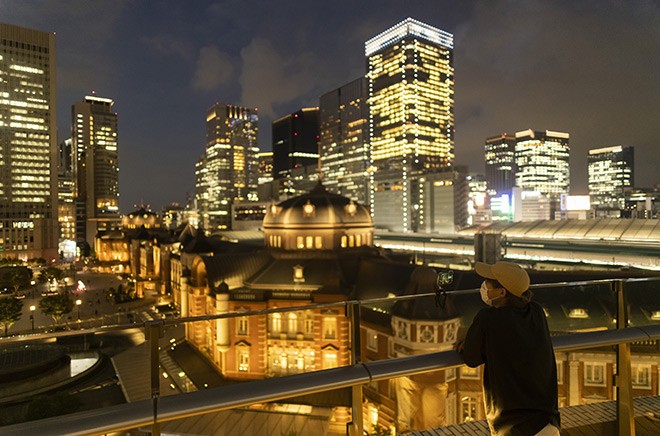 A man wearing a face mask snaps a photo of Tokyo Station from a rooftop on July 15. (AP Photo)

It was the 27th straight day for the daily count to rise week on week in the capital.

The last time the daily infection tally in Tokyo surpassed 1,000 for three days in a row was Jan. 23 during the third wave of novel coronavirus infections.

The seven-day average of new cases over the week through July 16 came to 946.3, an increase of 37.8 percent over the preceding week, health officials said.

The three-day average of tests performed through July 15 totaled 9,194.0, they added.

Officials said 109 new patients were aged between 10 and 19 and there were 42 fresh cases of infection among people aged 65 or older.

The number of patients requiring ventilators and other special breathing apparatus stood at 53, down four from the day before.