Daily average of COVID-19 cases in Tokyo tops 1,000 over week 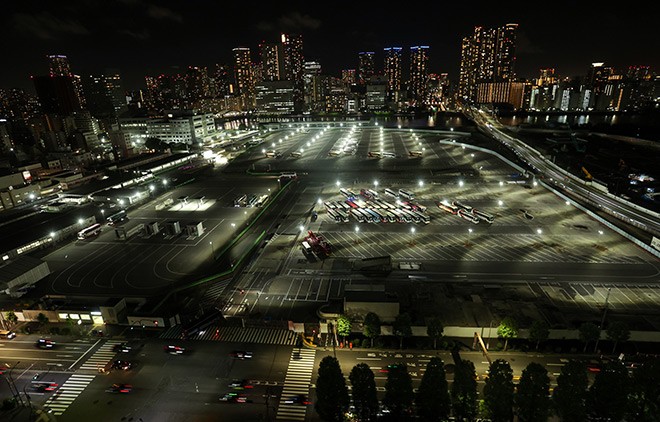 The former site of the famed Tsukiji fish market is now a parking lot for buses to be used to transport athletes and officials during the Tokyo Olympics that start July 23. (Shiro Nishihata)

Tokyo confirmed more than 1,000 fresh cases of COVID-19 on July 17 for the fourth straight day. The figure of 1,410 was 460 higher than the previous Saturday, metropolitan government officials said.

That marks four straight weeks in which the daily tally has been higher than the same day of the previous week.

For the week ending July 17, the daily average of new cases came to 1,012, an increase of 40.5 percent over the previous week. The last time the daily average over the course of a week topped 1,000 was on Jan. 27, during the third wave of COVID-19 infections.

As of July 16, the three-day average of government-administered COVID-19 tests was 8,394.

Fifty-nine patients had symptoms sufficiently serious to warrant a ventilator or other special equipment to breathe. The figure was an increase of six from the previous day.