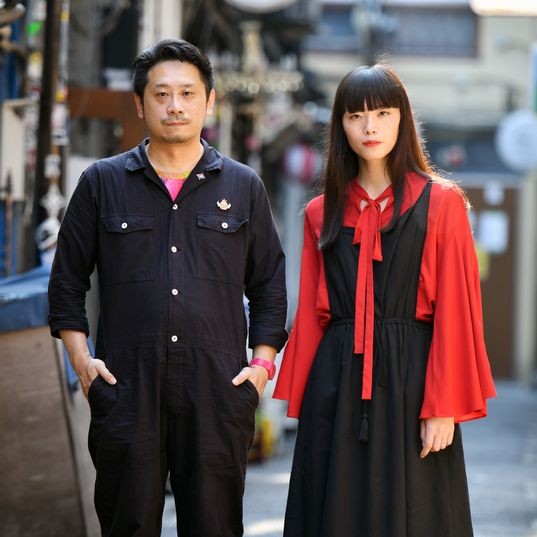 For his short film "The Fish With One Sleeve," director Tsuyoshi Shoji wanted to cause a stir by casting a trans woman for a trans role.

In Japan, Shoji said many transgender roles are played by cisgender actors who feel comfortable with their gender identity at birth, providing less employment opportunities for transgender actors.

Transgender characters "end up being portrayed either comically or tragically in many cases, and they are only shown as people who are different from others in society," the openly bisexual director said.

On the current film scene, trans actors have few opportunities to represent their communities, while they tend to be portrayed with overblown drama.

To reduce this inequality, Shoji recruited transgender actors for an audition. Shoji selected fashion model Yu Ishizuka for the starring role and Lica Hirohata for her friend from 20 applicants that included amateur actors.

"The Fish With One Sleeve," which runs for 34 minutes, centers around a transgender woman who was born a male but identifies as a female.

During the course of the film, she sees others whisper about her when they encourage her to use an accessible toilet, and she is treated differently from others at her high school reunion. Even though she is baffled by their responses, she tries to remain positive.

Shoji made sure to depict the nondramatic moments of transgenders' lives and the subtleties of their emotions.

Ishizuka also confided that she had uncomfortable feelings about how transgender characters were portrayed in movies because they served as vehicles for entertainment rather than seen as trans people.

"When it comes to what makes an actor feel happy and fulfilled, it is only natural for us to want to play characters who are so different from ourselves, and I also feel the same way," Ishizuka said. "But first of all it would be better if the industry also opened up to transgender actors and allowed a wider variety of people to work."

In the United States, there have been instances where actresses decided to withdraw from film projects after they were criticized for playing transgender male roles.

In the meantime, a trans woman plays a trans female character in the Chilean film "A Fantastic Woman," while more than 50 trans actors play trans roles in the U.S. drama series "Pose."

According to Yutaka Kubo, an associate professor at Kanazawa University well-versed in LGBT films that deal with sexual minorities, there are fewer transgender actors in Japan than in other countries, while their on-screen characters tend to meet tragic endings.

For example, "Midnight Swan," which was directed by Eiji Uchida and won the best picture and best actor prizes at this year's Japan Academy Awards, is a story centering around a transgender woman played by actor Tsuyoshi Kusanagi.

The movie ends with a tragic climax, while there are scenes where the character exposes his chest after surgery and is seen working dressed as a man.

Kubo said it is the majority's prerogative to "feel sorry" for such a character.

"Violence and assault toward transgender people must be discussed," he added.

Yoshihiko Yatabe, a former programming director of the Tokyo International Film Festival, said that the debate of having sexual minorities play LGBT characters came on the heels of the #MeToo movement.

He said he initially felt uneasy about the topic, but he thought again after learning more about it.

For example, when a male actor plays a transgender woman in a movie but attends an awards ceremony as a man, transgenderism could be regarded as crossdressing, which has no relation to gender identification.

He also learned that such a misunderstanding could lead to violence and discrimination.

"It can not only seep into movies but also spill over into reality," Yatabe said. "The question is how we can achieve a balance between the quality and the social influence of the works."

Yatabe said there is a tendency in international film festivals to make conscious decisions to feature movies directed by women and about minorities.

Meanwhile, in Japan, the number of such films is small and they are outdated, he said.

"I hope movies would precede the realities in society, if not other media," Yatabe added. "Creators have a great responsibility to realize a tolerant society, and it is also important for audiences to be understanding and think flexibly."