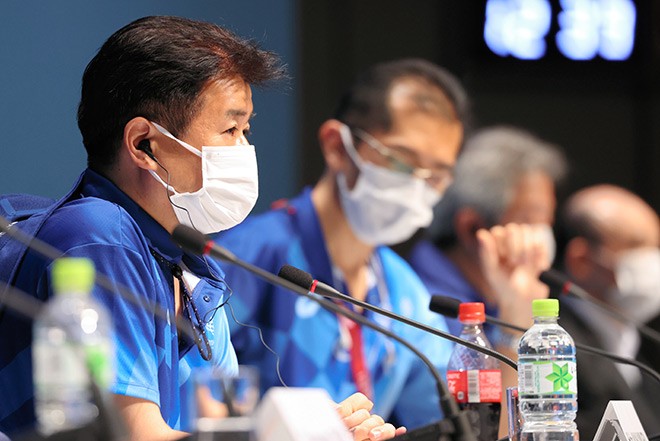 The Tokyo Olympics organizing committee announced on July 19 that three people with accreditation for the Games have tested positive for the novel coronavirus.

Officials said the three include Olympic-related staff and members of the media, but none of the three is an athlete.

Officials also revealed that 21 members of the South African men’s soccer team were in close contact with someone who has COVID-19 and that they are now in isolation.

Two players and one staff member on the team have tested positive for the virus.

The South African team is scheduled to play against Japan on July 22 in Tokyo in its first group-stage match.

Under the current rules, those confirmed to have been exposed to the virus are required to stay in a private room and not go out unless it is for a match or a practice session.

Those players are separated when dining and when they leave for a game or practice.

They also must take a daily polymerase chain reaction (PCR) test. If a PCR test taken within six hours before a competition comes back negative, then they can compete.