360-DEGREE LIVES: For campers, venomous ‘mamushi’ are a constant risk 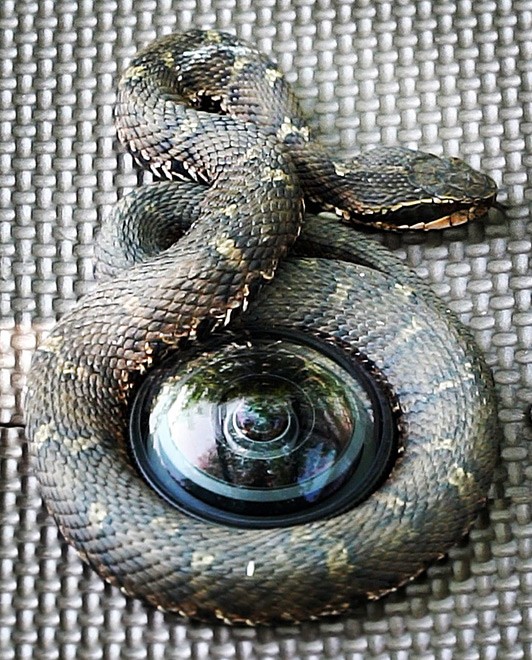 The Nihon “mamushi,” or Japanese pit viper, is a fairly small snake, but its bite can kill humans and its habitat covers mountains and along rivers in almost every part of the country.

With camping and other outdoor activities growing in popularity during the novel coronavirus pandemic, snake experts have heightened their warnings to outdoors people to take precautions in areas of rich greenery.

The Japan Snake Center in Ota, Gunma Prefecture, is operated by the Japan Snake Institute, the only serpent research facility in the country.

It raises and displays about 1,000 snakes of around 50 species, including “habu,” mamushi and the “yamakagashi” tiger keelback.

Researchers there study the ecology of snakes and collect their venom to produce serums for snakebites.

Characterized by the blotched pattern on its back, the mamushi grows to up to 60 centimeters long and can be found all around Japan except for the Ryukyu Islands.

Although it is an aggressive snake, mamushi will not bite unless the target comes within striking distance, which is about 30 cm.

When five mamushi were placed inside a fish tank at the center’s outdoor venom collection site on June 10, they unexpectedly became quite active, moving toward the camera and in front of the lens.

An estimated 3,000 people are bitten by mamushi every year in Japan. Many of them develop severe symptoms, and a few die.

According to Atsushi Sakai, chief researcher at the center, the snake’s hemolytic venom destroys cells in veins and causes continuous bleeding.

Camping and hiking season generally runs between July and September. Concerned about the increasing traffic in the wilderness, Sakai provided some advice on dealing with mamushi.

“There are cases in which mamushi enter tents and bite people," Sakai said. “You should avoid walking around in shorts and sandals at campsites, especially at night.”

If you are bitten by a mamushi, immediate hospital treatment is most critical, he said, but it is better to lie still to slow the spread of the venom while waiting for an ambulance.